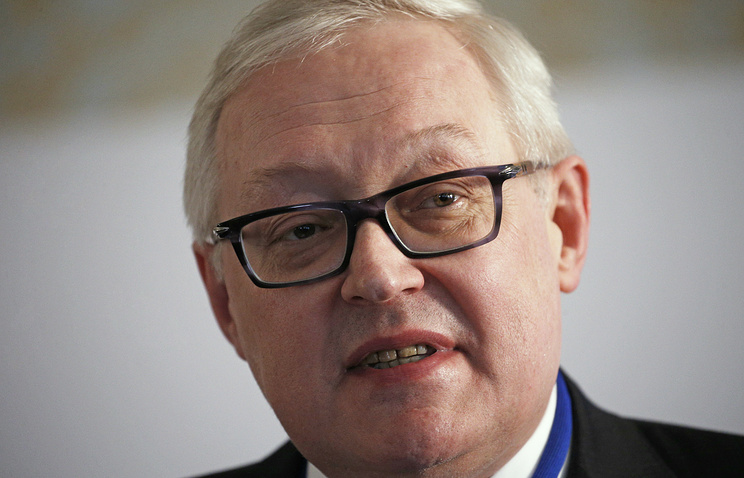 MOSCOW, October 21. /TASS/. Moscow has no doubt that Tehran carries out all aspects of the Joint comprehensive plan of action (SVPD) on its nuclear program. This was stated on Saturday by the Deputy Minister of foreign Affairs of the Russian Federation Sergey Ryabkov, speaking at the Moscow nonproliferation conference.

“It turns out that once again the United States took the issue of global security and stability hostage to certain market processes, given the issues on the mercy and consideration of politicians who by and large far from a substantial part of the existing agreement,” – said the diplomat. “The actions of the President of the United States we yet see as a reflection of a certain political alignment of forces of the United States, he continued. – Nevertheless, we expect that emotions and the political situation did not prevail and that will prevail our common desire to strengthen the nuclear nonproliferation regime and to create conditions for normal economic and trade cooperation of States and maintaining international and regional peace and security.”

Ryabkov added that the United States is not yet ready to organize a joint meeting of Iran and “six” (five permanent members of the UN security Council and Germany).

“For the convening of the joint Commission it is necessary to define the main issues, but our American colleagues from the USA have not decided what topic you need to convene a joint Commission,” he said.

“Now is the time, during which the participants will analyze and weigh the consequences of the accusations the President of the United States against SVPD, as in this respect the situation has changed significantly for the worse,” added the diplomat. According to him, although an official statement on the U.S. withdrawal from SVPD no charges trump call into question the participation of his country in the agreements.

Last week, trump said the refusal to confirm the implementation by Iran of the provisions of the nuclear deal agreed by Iran and the “six” in 2015. He outlined the new strategy of Washington towards Tehran, according to which the United States will seek changes in the AGREEMENT and to counter the “destabilizing influence” of Iran. In addition, the Americans turned on the Case “guards of Islamic revolution” (elite component of the Iranian military) as a “supporting terrorism”.