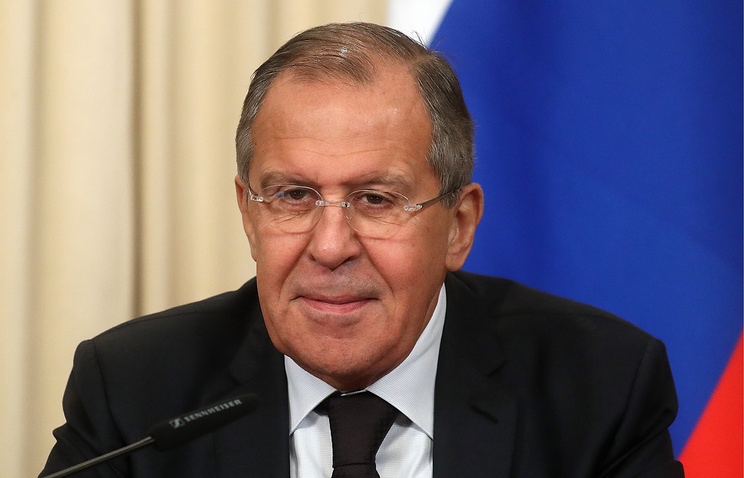 MOSCOW, October 23. /TASS/. The new US line on Syria makes Moscow a lot of questions, expects to receive on them the honest answer. This was stated on Monday, Russian foreign Minister Sergei Lavrov.

“When we hear about a new line of the United States, which involves the creation of some local councils on the territories of sovereign Syria, of course it can we do not cause issues,” – said the Russian Minister at a press conference following the meeting with Iraqi counterpart Ibrahim al-Jaafari.

“We have sent to Washington, expect to get an honest and clear answer,” – said Lavrov.

The head of the Russian depodesta also drew attention to some “strange things” that happen in activities led by the Americans of the coalition in Syria. “There have been numerous cases in which the periods of onset of the Syrian army on the positions of ISIS, the same ISIS, with those areas which were controlled by ward United States coalition, quietly left and went to provide additional resistance to the Syrian government army, the Minister explained. In particular, there were cases of mass Exodus of fighters from Raqqa at the very moment, when the coalition backed by the U.S., led the siege of this city.”

Earlier, U.S. President Donald trump said that the actions of the international coalition “will soon move into a new phase”. According to him, they will support local security forces to reduce violence across Syria and will create proper conditions for a lasting peace with the fact that the “terrorists are unable to return and again threaten our collective security”.