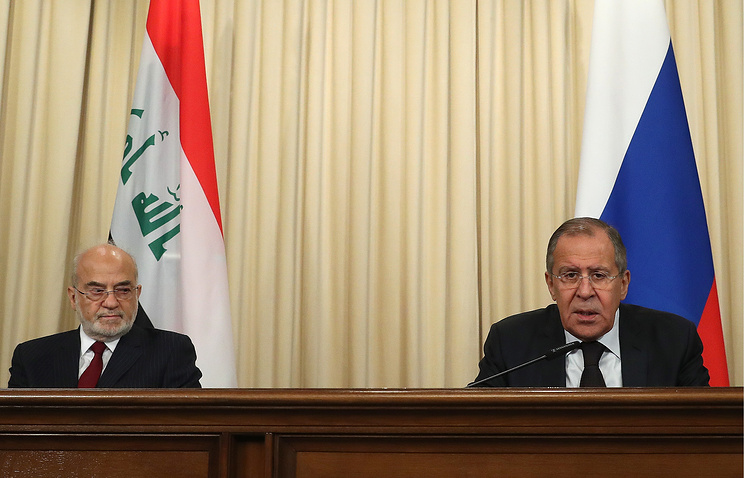 MOSCOW, October 23. /TASS/. The Minister of foreign Affairs of Russia Sergey Lavrov has accepted the invitation of the Iraqi counterpart to visit Baghdad, dates to be agreed.

“My colleague invited me to visit the capital of Iraq, accept the invitation with pleasure, – said on Monday the foreign Minister of Russia following the results of negotiations with Minister of foreign Affairs of Iraq Ibrahim al-Jaafari. – Timing will be arranged later”.

Earlier at a meeting in Moscow the head of the Iraqi foreign Ministry has invited Lavrov and Russian President Vladimir Putin to visit Baghdad. “We are still waiting for you to [Lavrov] visited Baghdad as soon as possible, he said. – The same applies to a possible visit of the President of Russia Vladimir Putin.” “Russia is our dear friend, and given the role that it plays in the world, it still lags behind other countries in terms of visits to Baghdad,” the Minister added.