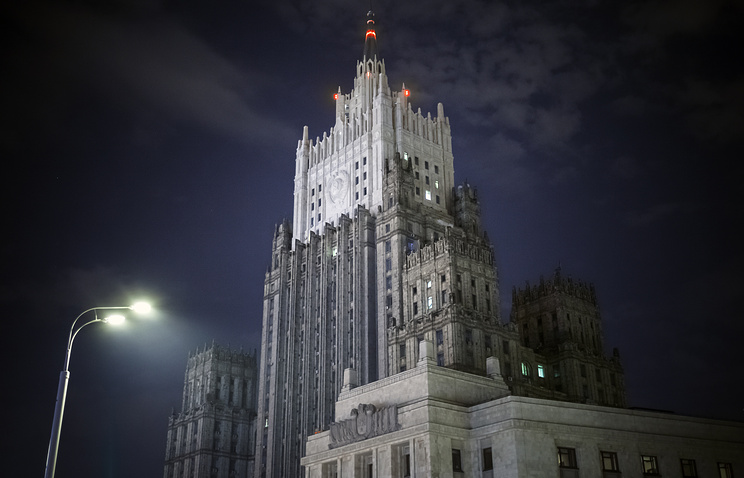 MOSCOW, October 23. /TASS/. Moscow considers unacceptable the statements of Afghan President Ashraf Ghani that Russia allegedly supports the Taliban (the Taliban movement banned in Russia). This was stated on Monday at the foreign Ministry.

“Drew attention to reports in the Afghan media about the statements of the President of the Islamic Republic of Afghanistan Ghani during his recent trip to Paktia province on the “support” Russia’s Taliban movement – said in Russian depodesta. – Consider unacceptable such statements of the head of a friendly Afghanistan.”

“We remind you that the Afghan officials have repeatedly at different levels confirmed the groundlessness of such accusations of Moscow”, – added the foreign Ministry of the Russian Federation.

The Ministry of foreign Affairs pointed out that Moscow has consistently Kabul multidimensional assistance, “including in strengthening the combat capability of national security forces, actively facilitating an intra-Afghan dialogue for an early establishment of peace and stability in this country.”

“We call on the leadership of the IRA not to go on about the swelling in some Western media of anti-Russian hysteria,” – said the Russian foreign Ministry.

Russia strongly condemns the series of terrorist attacks in Afghanistan and called for the speedy launch of the national dialogue in the country, also said the Russian foreign Ministry.

“In the last few days in various parts of Afghanistan, including the provinces of Paktia, Ghazni, Kandahar, Kabul, and the Mountains, has been a series of terrorist attacks, which killed over 150 Afghan civilians, and more than 200 people were injured, – said the Russian dipvedomstva. – In this series stands out the attack militants Afghan wing of the Islamic state (formerly the banned terrorist organization “Islamic state” – approx. The TASS) on a Shiite mosque “Imam Zaman” in Kabul that led to the death and injury of more than 100 civilians. Strongly condemn the inhumane attacks of terrorists.” “We urge the authorities of the IRA and the Afghan armed opposition to an early end the violence and start national dialogue in order to establish peace in the country and eradicating conditions for terrorist activity”, – stressed in the Department.

The Ministry also expressed condolences to the families and friends of the victims and wished speedy recovery to the injured.