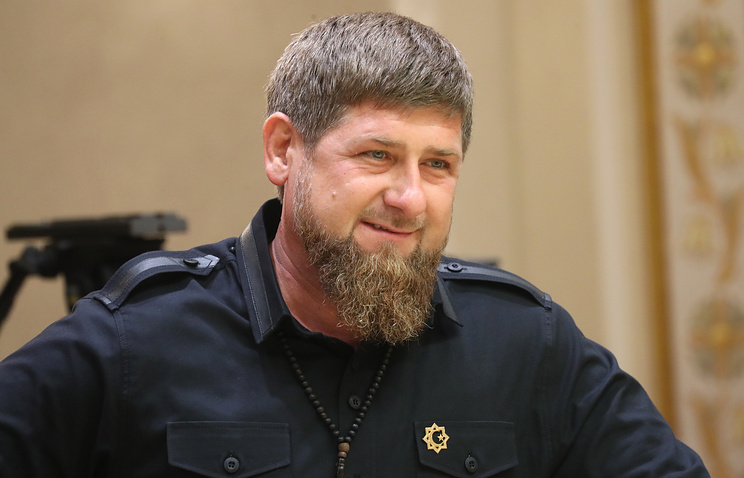 GROZNY, October 26. /TASS/. The head of Chechnya Ramzan Kadyrov has denied accusations of Kiev in attempt at the Deputy of the Verkhovna Rada from the Radical party Igor Mosiychuk, saying that the organizers of the crime are in Ukraine. About it reported in a press-service of head and government of Chechnya.

“The organizers of the assassination attempt on the Deputy Mosiychuk located in Ukraine. He [said] has fulfilled its role and has now become someone not needed, began to interfere with someone, rather, a separate organization, of which there are dozens. Yourself Deputy Mosiychuk blew up and made noise: “the Chechen Republic”, “the trail of Kadyrov”, – said Kadyrov at a meeting of the Board of the interior Ministry of the Chechen Republic, his words to the press-service.

In his opinion, the statements about “the Chechen trace” – the next attempt of Kiev to avoid responsibility for what is happening in Ukraine. “There was an attempt at Mosiychuk and started talking: “the Chechen trace”, “Kadyrov”. Now this is more the West will be to write Europe, and it will be interesting”, – said Kadyrov.

On Wednesday evening in Kiev near the building of the TV channel “espresso” explosion in which result two persons were lost, three more were wounded, including Mosiychuk. A criminal case under the article on terrorism. The adviser to the interior Minister of Ukraine Ivan Varchenko said that the assassination of the Chairman interested the head of Chechnya Ramzan Kadyrov.