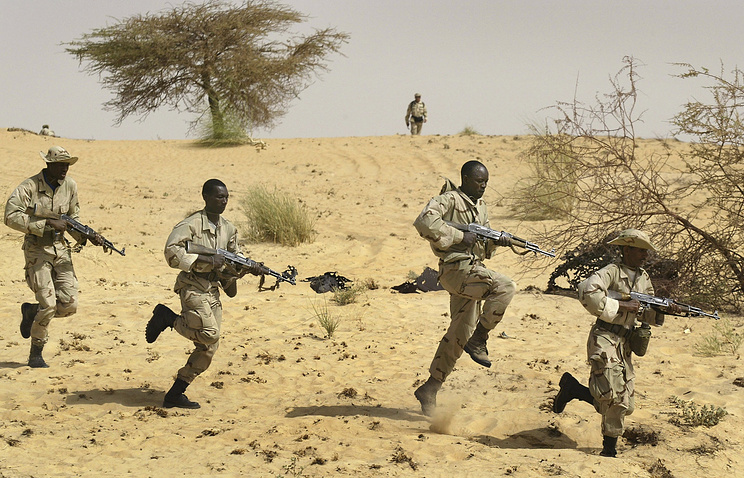 UN 31 Oct. /TASS/. Russia started supporting the security forces of the countries of the Sahel, forming a joint military force to fight against terrorism and organized crime. This was stated on Monday, Russia’s permanent representative to the UN, Vasily Nebenzia, speaking at a meeting of the Security Council.

According to the diplomat, Moscow welcomes the creation by the countries of “the Sahel five” (Burkina Faso, Mauritania, Mali, Niger and Chad, G5) joint forces to counter the terrorist threat, which was approved by the UN security Council resolution. “We believe that this is an adequate response to regional challenges in keeping with the principle of “African problems, African solutions”. We are convinced that the only way to achieve sustainable peace in Africa”, – said the permanent representative of the Russian Federation.

According to him, “terrorism in the era of globalization has acquired a global character,” and this threat “can be eradicated only through the broadest possible front, the formation of which Russia calls on here for a long time.” “In addition, our country has begun to support the security forces of several countries of the Sahel, and we will continue this interaction. Because of the increasing capacity of the national armed forces will depend on the effectiveness of joint forces, “the Sahel five” – said Nebenzia.

He noted that Moscow “is concerned about the situation in the Sahara-Sahel region,” faced with the threat of terrorism. In his words, “an additional destabilizing effect give the problems of a transnational nature,” including drug trafficking, illegal arms trafficking, separatist tendencies, conflicts, difficult humanitarian and socio-economic situation. As the diplomat stated, “the catalyst of instability” in the region was the overthrow of the regime of Muammar Gaddafi in Libya with support from NATO.

The Security Council held on Monday at the initiative of France, a Ministerial meeting on the situation in the Sahel zone, discussed the efforts of the countries of the region to combat terrorism and organised crime. Earlier, UN Secretary-General, antónio Guterres, presented the report with recommendations as to what kind of support the organization can provide joint force G5. Proposed options include providing logistical assistance to troops, the reconfiguration of the UN peacekeeping mission in Mali, or connecting it to the efforts of the countries of the Sahel without any changes in the mandate. As stated by Vassily Nebenzia, Russia considers it “appropriate to consider gradual increased assistance from the United Nations”, starting with the last option.