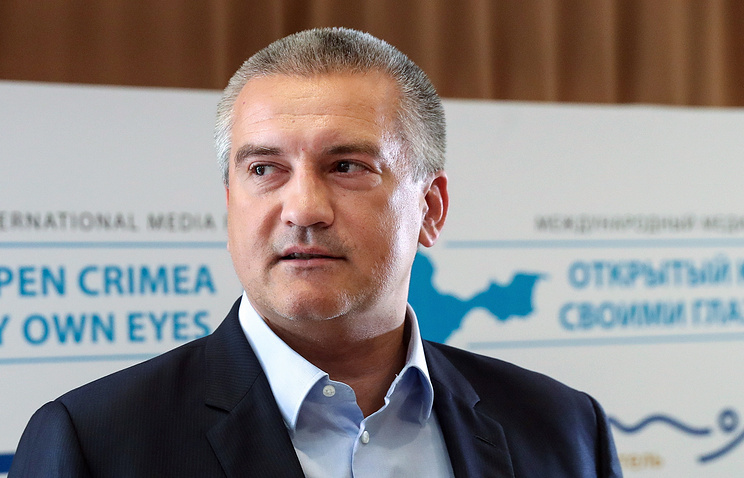 SIMFEROPOL, October 31. /TASS/. The head of the Crimea Sergey Aksenov ready in video mode to give the Ukrainian explanations to the court in a criminal case of treason, in which he is accused in a neighboring state. He stated this on Tuesday to journalists in Simferopol.

In treason also accused Aksyonov, speaker of Crimean Parliament Vladimir Konstantinov and ex-Prosecutor of Crimea, Deputy of the state Duma Natalia Polonskaya. Earlier, their lawyer Maxim Mogil’nitskii stated that all the three accused are willing to participate in criminal proceedings and to testify.

He explained that, speaking about wanting to testify in the case, wants to demonstrate to Ukraine that the Crimean people cannot be prosecuted for their legitimate choice in favor of reunification with Russia. “The issue here is that we created a normal practice, has shown that Crimeans, in principle, you can’t just condemn for anything – because they expressed their will (on the referendum on reunification with Russia – approx. TASS). We’re running down the road in this direction”, – said Aksenov.

The head of the region said that he considers the treason charges “ridiculous.” “The delusion that there showed me and my colleagues, even funny to read. I absolutely do not pay attention to it”, – the politician noted.

The reunification of the Crimea with the Russian Federation occurred in March 2014. Then, at the end conducted by the authorities of the Crimea and Sevastopol a referendum of 96.7% and 95.6% of the participants respectively were in favor of reunification with Russia. Russian President Vladimir Putin signed a Treaty making Crimea and Sevastopol part of the country March 18, 2014. On March 21, the Federal Assembly ratified the document. Kiev refused to recognize Crimea part of Russia.