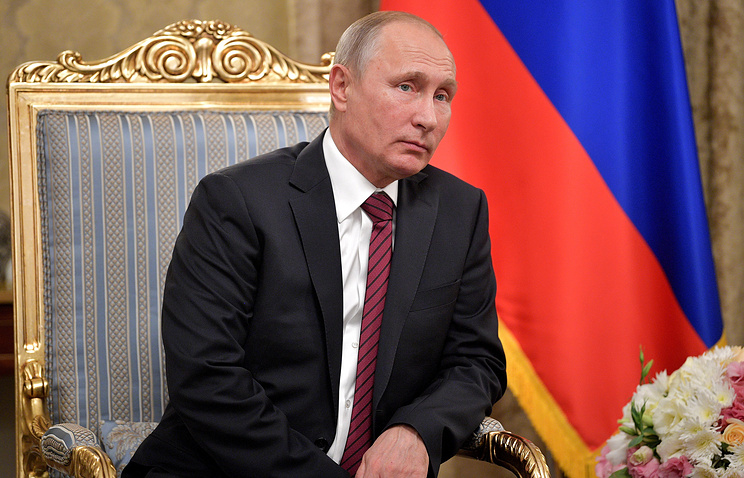 “We discussed important issues in the field of stability, the fight against crime and terrorism, but at the forefront, of course, are economic problems”, – said the Russian head of state to journalists following the results of negotiations of leaders of Russia, Azerbaijan and Iran. For example, Putin cited the work of the corridor “North-South”, which “have already worked in a test mode last year from India were supplied through Iran to Russia and beyond.” “This route has shown its economic feasibility and efficiency,” – said the Russian leader.

Putin hopes that this summit “not in vain”. “We really discussed very important issues of the tripartite format,” he said. The Russian President believes that, “working in this way – openly, kindly, with mutual desire for a positive outcome, our work will benefit our countries, our peoples.”

The Russian head of state noted that it was pleased with the outcome of this meeting. He thanked the Iranian leadership for the invitation, “and the inhabitants of Tehran for the patience which they had accumulated during our movements around the city”. “We have seen how difficult it is,” – said Putin on road traffic in the Iranian capital.

According to the Russian leader, a tripartite format of communication is in demand. Putin proposed several areas of cooperation and invited the participants of the meeting next time to come to Russia.

“Meetings in this format popular, they allow us to coordinate positions on the most pressing issues of regional and international agenda, to conduct a constructive search for solutions to common problems in the field of security, combating international terrorism, to develop interaction in trade, economic ties, cultural and humanitarian sphere”, – Putin said.

In his speech before the leaders of Iran and Azerbaijan, the Russian President highlighted some important aspects of the trilateral cooperation. He noted that one of the main tasks is to ensure regional stability and security.

“We need to improve coordination of intelligence and law enforcement agencies, to establish an intensive exchange of data on the activities of international terrorist and extremist organizations, to combat drug trafficking, transnational crime, and to prevent attempts of transit of militants through the territory of our countries”, – Putin said.

“Special attention should be paid to the development of mutually beneficial cooperation in trade-economic sphere”, – Putin said, Recalling the increase in volumes of mutual trade of Russia and Iran, and Azerbaijan.

“To further stimulate trilateral export and import flows, it is necessary to simplify customs procedures, eliminate existing barriers to free movement of goods and services. You would think, and on increasing the share of national currencies in mutual settlements, the establishment of closer ties between financial and banking institutions, to involve the business communities of the three countries”, – Putin said.

The Russian leader reminded of the good opportunities for cooperation in the field of transport infrastructure, particularly in the framework of the creation of the Western branches of the international corridor “North-South”. Putin expressed his support to the plans of Tehran for the construction of the missing section of the Western-Caspian route – the branch of “Resht-Astara”. The implementation of this project, the President added, will allow more effectively to build transit, to reduce the cost of delivery. “We see prospects for deepening cooperation in the energy sphere”, – said the Russian leader.

He reminded that Russia, Iran and Azerbaijan occupy a leading position in the world in the production of hydrocarbons.

“I think that our common interest is the joint exploration, development of oil and gas fields, launching common projects in the field of production and transportation of energy resources”, – Putin said. He described as “still relevant” the task of creating an energy bridge “Russia – Azerbaijan – Iran”, which provides for the integration of energy systems of countries.

“The implementation of this initiative would improve energy security and ensure reliable electricity supply for the whole region”, – said Putin.

Among the other popular areas of the Russian leader highlighted the cooperation in industry, agriculture, high technologies, medicine, production of medicines.

“I would like to Express confidence that cooperation between Russia, Azerbaijan and Iran will continue to develop steadily, to acquire a systematic and regular character.

In conclusion, I would like to invite you to the next tripartite summit in Russia”, – said Putin.