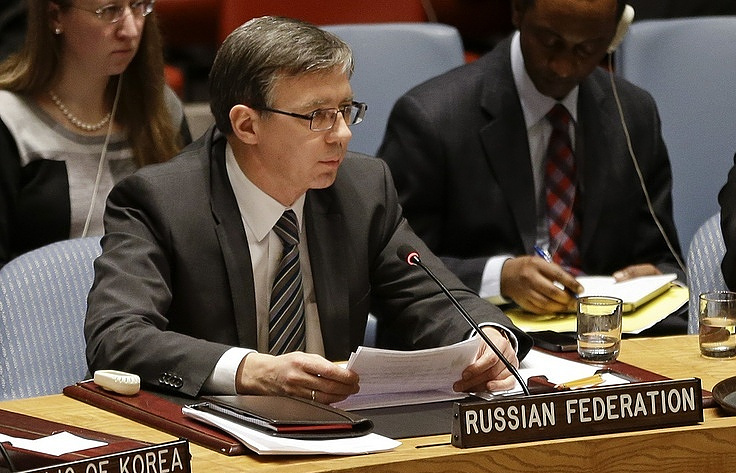 UN 3 Nov. /TASS/. Russia without any assistance provides a decent accommodation for 1 million inhabitants of Ukraine, who fled from the conflict zone in the Donbass. This was stated on Thursday, the Deputy permanent representative of Russia to the UN Eugene zagajnov at a meeting of the Security Council on the situation of refugees in the world.

In turn, Yevgeny Zagainov said that the current situation of refugees in the world “is largely the result of interference in the internal Affairs of States, primarily in the middle East and North Africa”. “We believe that those who actively participated in this intervention had the primary responsibility for providing assistance to the victims of this policy – refugees and forced migrants”, – said the diplomat. In his words, to “mitigate the refugee problem” it is necessary to establish a lasting peace in Syria, Libya and other conflict-ridden countries, and to consistently fight terrorism.

The Ukrainian delegation during the discussion traditionally made accusations against Russia, and assigned to it responsibility for the refugee crisis on its territory. In response, zampolpreda of the Russian Federation drew attention that the majority of internally displaced persons and labor migrants from Ukraine prefer to follow it in Russia. “That is, despite the rabid anti-Russian propaganda of Kiev, these millions of Ukrainian citizens see in Russia an opportunity to escape from war or to solve their socio-economic problems. This is, in our opinion, the real price of the mantras “about the Russian aggression”, which, unfortunately, are still being made,” – said the diplomat.