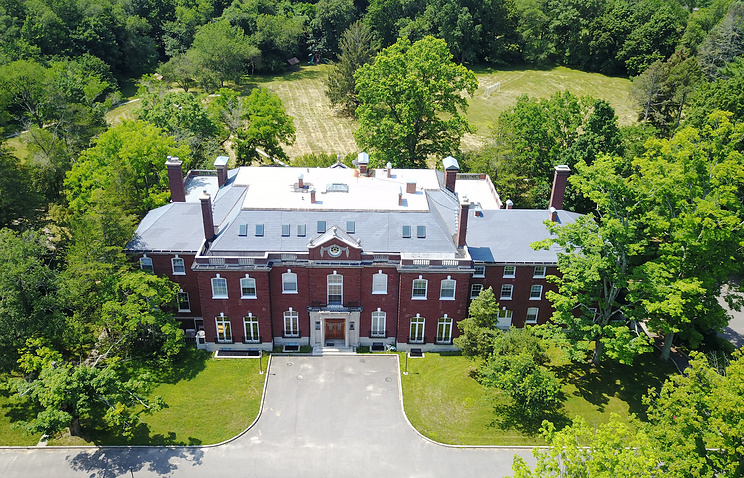 UN 3 Nov. /TASS/. Russian diplomats about 20 times requested the US authorities permission to access to the holiday complex of Russia’s permanent mission in new York, closed in 2016, however, all these requests were rejected without explanation. This was stated on Thursday by a senior Counsellor, permanent mission to the UN Maxim Musikhin at the meeting of the 6th Committee of the General Assembly. He accused the us authorities of hindering the work of the Russian diplomatic mission, in violation of international obligations and demanded to “fix the situation”.

The diplomat recalled that at the end of December 2016 “was the actual seizure” of a holiday complex in the village of upper Brookeville in the state of new York, “the ownership of which since 1953 have belonged to the USSR, and in 1994 was re-registered in Russia.” “This facility is part of the premises of the permanent mission of Russia to the UN, it was used as such for official purposes, including as a residence for staff of the permanent mission”, – said Musikhin.

According to him, the US authorities “was established permitting procedure visit of this object – with the written consent of the office of foreign missions” of the state Department. “We are about 20 times asked for such consent, with the aim to at least check the condition of the property and to ensure the absence of any accidents. Every time the state Department has refused without explanation or instructions, when such a visit could be made. That is, we are actually deprived of any possibility of access to their own property,” he said.

As the adviser of a permanent representative, the Russian side has also sent the US authorities a request for the complex in upper Brookville annual event on the occasion of Victory Day. “On this appeal were also received negative response,” said Musikhin. He stressed that in the current environment, States “bear full responsibility for the damage” that can be applied to Russian ownership.

According to him, failure to comply with United States commitments to the Russian diplomatic mission “had created grave difficulties in its implementation”. “We are talking about blatant arbitrariness and discriminatory approach, which are due to common on conscious deterioration of relations with Russia, abuse of a position of the host country of the UN to implement it”, – he stated.

A few days before the New year the former us administration imposed sanctions against several Russian companies and organizations, including the Federal security service and the General staff of the Russian Armed forces. In addition, the US authorities declared persona non Granta 35 employees of the Embassy in Washington and Consulate General in San Francisco, and also closed the Russian diplomatic villas in the States of new York and Maryland. Washington has linked these measures with hacker attacks on American political institutions, accusing them of Russia. Moscow these accusations are categorically rejects.

As stated by Advisor to the permanent mission of the Russian Federation, since January of current year the Russian side “has made good faith efforts,” prompting the US government to “return to respect its international legal obligations” in respect of diplomatic property of other countries. “We have to say that, despite this unprecedented behavior of the U.S. government, unfortunately, continues,” – said the diplomat.

According to him, we expect that the us government “in the near future will correct the situation”. “However, if this does not happen, to secure a very dangerous precedent for the UN as a whole. No state member of the organization now will not be immune from what is required of him to vacate the office, residence or other premises of the permanent mission, to prohibit access to them, suddenly “thrown out” of employees,” said Musikhin.

He urged the UN to “strengthen monitoring” behavior of the US authorities, “in order to appropriately respond to any violations and abuses”.