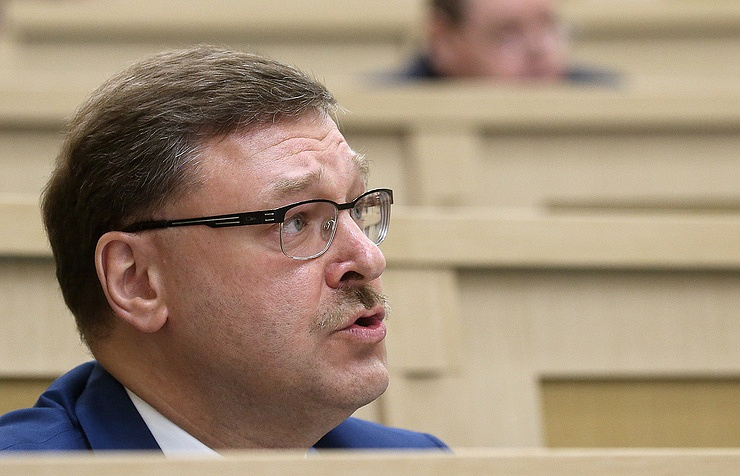 MOSCOW, November 4. /TASS/. The head of the Federation Council Committee on international Affairs Konstantin Kosachev in response to canadian sanctions against citizens of Russia proposed Ottawa to meet their ideological ambitions at the expense of Russia and did not rule out the possibility that our country will soon have to be “Browder list” to include all those who have contributed to the deterioration of relations of their countries with Russia.

“Maybe soon will need to make their own “Browder list” of foreign individuals who have made a decisive contribution to the deterioration of relations of their countries with Russia. Like the initiators of these sanctions. To the people of these countries knew their “heroes”, that is, in the face. And to hold them when once again the question arises about why such a bad attitude from a particular country with nuclear power, the biggest country in the world and a permanent member of the UN security Council,” Kosachev wrote on his page in Facebook.

“I want to invite Canadians to meet their ideological ambitions at our expense. Them it was not empowered, it cannot be considered as a kind of retaliation or as actual sanctions, they are understood in the UN,” said the Senator.

He stressed that it was a hostile act by one state against another, deserves at least a mirrored response.

According to the MP, the actions of the Russian foreign Ministry, which immediately entered the mirror measures against a number of Canadians in response to the canadian sanctions, “absolutely reasonable and legitimate.”

The actions of Canada, which States that the sanctions are directed against individuals, “which, in the opinion of the government of Canada, are responsible or involved in serious violations of internationally recognized human rights or in acts of massive corruption” are “ridiculous claim for the role of investigator, judge and bailiff at the same time”.

The government of Canada on Friday sanctions against 30 Russian citizens applying for the first time recently adopted in this country, “the Law on victims of corrupt foreign governments” or as it is called “Law name of Sergei Magnitsky”. The document is the canadian version of the us Magnitsky Act.