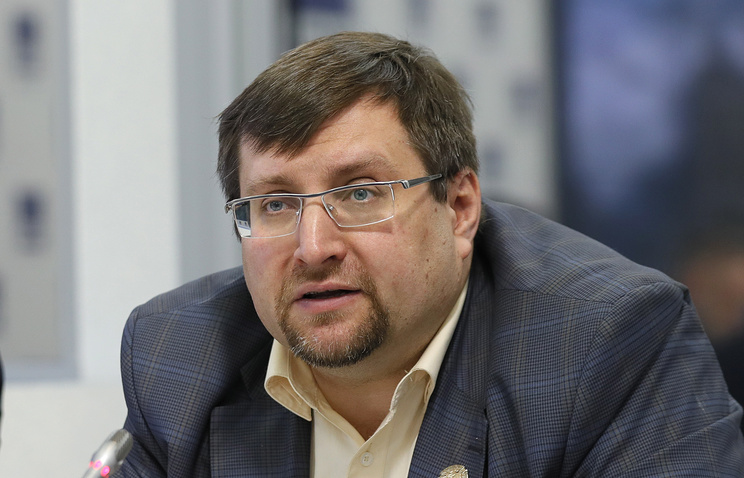 According to the head of the group, a year ago I expressed the opinion that sanctions will soon be lifted or mitigated.

“Unfortunately, it did not happen. Sanctions against Russia and Crimea continues, the sanctions regime became even stronger… However, despite the unfavorable background in international relations over Crimea, in my opinion there are positive trends in this area,” said Moloch.

He stressed that “we need not only to justify himself before someone.”

“Moreover, we must take the offensive, take the offensive on the legal front to do it, to meet the challenges of the time, to protect the rights of the Crimean people at the international level, to deal with the sanctions and in international bodies, including at the level of people’s diplomacy. The sanctions regime is illegitimate, because the sanctions adopted in circumvention of the UN Security Council”, – concluded the expert.

In Yalta on Monday held an international conference “Crimea in the modern international context. The forum of friends of the Crimea.” The event is attended by about 90 foreign guests from 30 countries (China, Syria, South Ossetia, Europe), including political figures, members of the public and the cultural sector, business and the media.

Earlier it was reported that on 22 April 2017, according to the results of the Yalta international economic forum has established the international club of friends of the Crimea, which brings together politicians and businessmen. According to the organizers, the club needs to help Crimea out of the informational blockade, in which the Peninsula was, after the introduction against it sanctions.

Conference participants discussed the role of public diplomacy in the recovery and international cooperation. The forum will be presented the expert report on the legal legitimacy of the all-Crimean referendum on reunification with Russia. It is reported that it will contribute to spread in the world truthful information about living on the Peninsula and the free choice of the Crimean people in March 2014, announced in the government of Crimea.