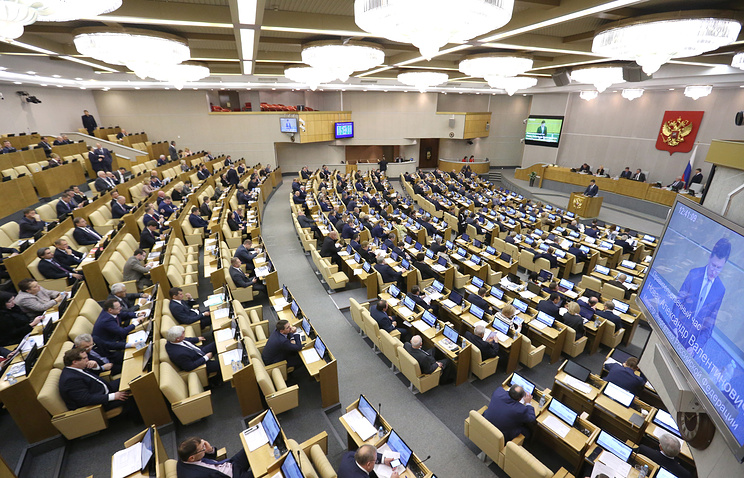 YALTA, November 6. /TASS/. Cancellation of the Soviet acts 1954 to transfer the Crimea to the Ukrainian SSR would put an end to any claims to the Peninsula from the neighbouring States, said the first Deputy Chairman of the Duma Committee on CIS Affairs, Eurasian integration and relations with compatriots Konstantin Zatulin.

“Crimea was for self-determination for all years of independent Ukraine, – he told on Monday at the international conference “Crimea in the modern international context. The forum of friends of the Crimea.” – I believe that we have in the State Duma and the Federation Council, as the legislative power in the country, which is the successor and the successor of the Soviet Union, make the decision to cancel the acts of 1954. Because we are tired to hear that in 2014 we took somebody’s land, sea and deprived the Ukraine of her own, and her precious belonging that is a complete lie – the historical and actual”

According to him, during the 24 years since the collapse of the USSR the Crimea “contrary to the will were part of another state.” “I must say a huge thank you for your patience to the population of the Crimea”, – said Zatulin.

Transmission and the return of the Crimea

In 1954, at the initiative of the first Secretary of the CPSU Central Committee Nikita Khrushchev, the Crimea was transferred to the Ukrainian Soviet socialist Republic (decree of the Presidium of the USSR Supreme Soviet of 19 February 1954).

March 11, 2014 Supreme Council of Crimea and the Sevastopol city Council on the background of political crisis and regime change in the Ukraine adopted the Declaration on independence of Autonomous Republic of Crimea and city of Sevastopol.

March 16 on the Peninsula with a turnout of over 80% held a referendum, the results of which for the reunification with Russia voted 96,77% of voters of the Republic of Crimea and 95.6% of Sevastopol. March 18, was signed the agreement on the adoption of new constituent entities in the Russian Federation.

In Yalta on Monday held an international conference “Crimea in the modern international context. The forum of friends of the Crimea.” The event is attended by about 90 foreign guests from 30 countries (China, Syria, South Ossetia, Europe), including political figures, members of the public and the cultural sector, business and the media.

Earlier it was reported that on 22 April 2017, according to the results of the Yalta international economic forum has established the international club of friends of the Crimea, which brings together politicians and businessmen. According to the organizers, the club needs to help Crimea out of the informational blockade, in which the Peninsula was, after the introduction against it sanctions.

Conference participants discussed the role of public diplomacy in the recovery and international cooperation. The forum will be presented the expert report on the legal legitimacy of the all-Crimean referendum on reunification with Russia. According to the government of the Crimea, it will contribute to spread in the world truthful information about living on the Peninsula and the free choice of the Crimean people in March 2014.