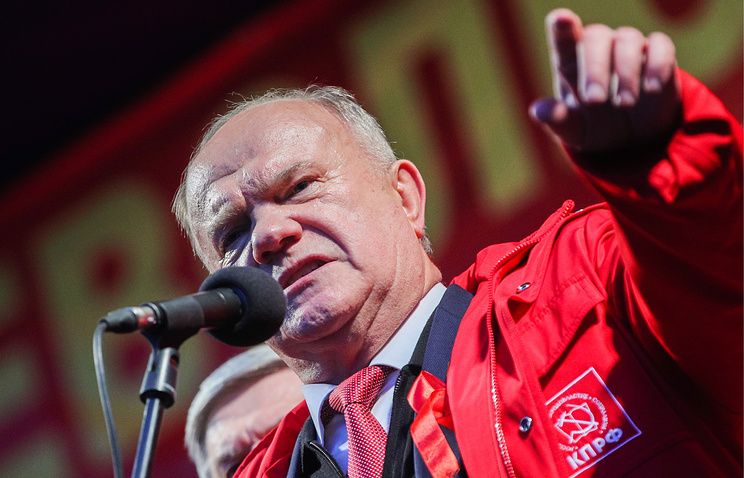 MOSCOW, November 7. /TASS/. The decision on nomination of a candidate from the Communist party is not accepted, this issue will be raised at the Congress of Communists in December.

This was stated by TASS, the state Duma Deputy from the Communist party, the press Secretary of the leader of Communists Gennady Zyuganov Alexander Yushchenko.

“The decision on nomination of a candidate from Communist party is not accepted and will be accepted at the Congress”, – said Victor Yushchenko.

Earlier in the report, “the First channel” Zyuganov, answering the question whether he will nominate his candidacy for the elections of the head of state, said: “I am the leader of the [Communist] movement. Her [candidacy] advanced all of the organization”. After that, the media, Recalling those words said that the Communist party leader said that all regional organizations of the party put forward its candidature for participation in presidential elections of the Russian Federation.

“In the Communist party deny unambiguous information today [Tuesday] nominated the presidential candidate from the Communist party, today did not nominate a presidential candidate,” – said Yushchenko. According to him, “the First channel” “ran ahead of the engine, which apparently driven spin doctors”, and the answer Zyuganov in the report on this subject was extensive.

“The decision [to nominate a candidate] will be taken collectively, including this issue will be discussed at the next plenary session, and the decision taken will be at the Congress,” said Yushchenko. “Will it be Zyuganov or someone else – Ivanov, Petrov, Sidorov… we Have a fairly large number of people that can be represented,” he concluded, adding that he personally supported the candidacy of the leader of the Communists.