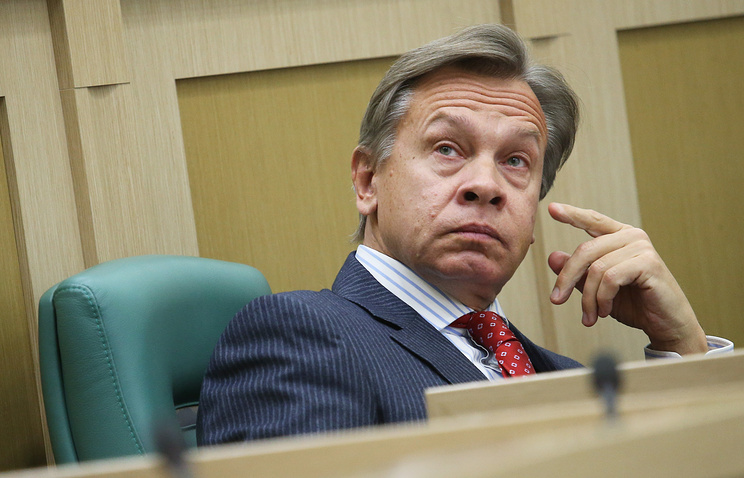 MOSCOW, 9 November. /TASS/. Russia can act proactively in relation to foreign information resources, not only to be the responsible party after the pressure on the Russian media. Such opinion on Thursday at session of the interim Commission of the Federation Council’s information policy and interaction with mass media expressed its Chairman Alexei Pushkov.

“We’re still in the information field acted solely in the framework of the doctrine of retaliation. It suggests that there is a limit to which the situation has come and will improve. I have serious doubts about this”, – said Pushkov.

“Everything that is done in the United States are now aimed at undermining the relationship, the preservation of minimum contacts. If you act only in response measures, it will always be on the defensive. The principle of “let’s live together”, in my opinion, in relations with the United States is not now,” said the Senator.

“Do we have to always be the responsible party or, if there are grounds to take action concerning information resources and the media regardless of the actions of Americans? I think that proactive measures are possible,” Pushkov said, noting that they are even necessary in some situations. “I think the U.S. side should know that such measures may follow. If the Americans know what we always say, the initiative is in their hands, and we are left struggling side,” said the Senator.