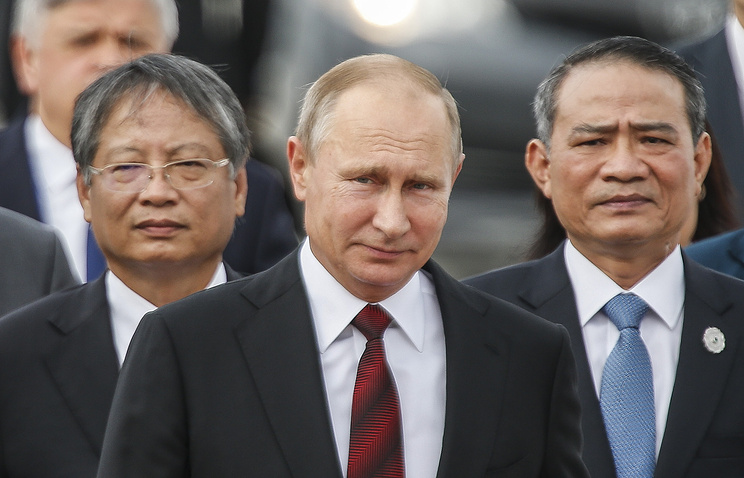 “Remember how you had to interrupt the visit to Russia in connection with the terrorist attacks in your country, and I remember what you told me, leaving you a clean strike on these terrorists,” Putin said. “I want to congratulate with the fact that you managed to do it,” – said the Russian leader.

He called the fight against terrorism is one of the common tasks of Russia and the Philippines.

“In this regard is ready, as agreed, to develop our relations, including in the military sphere, military-technical field, and, of course, the special attention we need to give economic relations”, – Putin said.

He noted that economic ties between Russia and the Philippines are low, although there is a trend towards growth in recent years.

In turn, Duterte expressed the desire to continue to buy Russian weapons. He also noted the high quality of already delivered weapons.

“I would like to convey a special word of gratitude for the timely assistance that Russia has given us by providing trucks and weapons. This to us was necessary to replenish our reserves,” he said at a meeting with the President of Russia.

“A precision weapon. We had to conduct a new type of war we had to fight with snipers, because they were the main threat to our troops, and as in Syria, these people are hiding behind walls, in shelters, and we were fighting, kicking a scrap behind the house,” he told the Philippine President.

He and Putin shared his dream that by the end of his presidential term wants to create a strong army and police. According to him, the first Philippines wanted to buy weapons from the USA, but was having difficulty.

“Timely supply of arms we received from Russia were given to our special units of the police, and it was of great importance. Now I intend to continue to purchase such weapons,” he said.

According to him, the Russian aid helped to accelerate the process of combating terrorists in the Philippines, and the Philippines will not forget this help.

“The weapon is very important, but most important is your determination and willingness of the security forces and police to fight terrorism,” responded Putin.

Duterte also said that he didn’t want to interrupt his visit to Russia last time, but he had to do it in order to impose martial law in the country.

“The attack on the city (Marawi – approx. TASS) stood LIH (formerly banned in Russia organization of the IG – approx. TASS), so I declared a state of emergency, sent in troops to put an end to this armed offensive,” he said.

Duterte said that he was able to show everyone that the Philippine army and police can protect the people of this country.

According to him, there are still pockets of armed resistance, and Marawi remains a dangerous place.