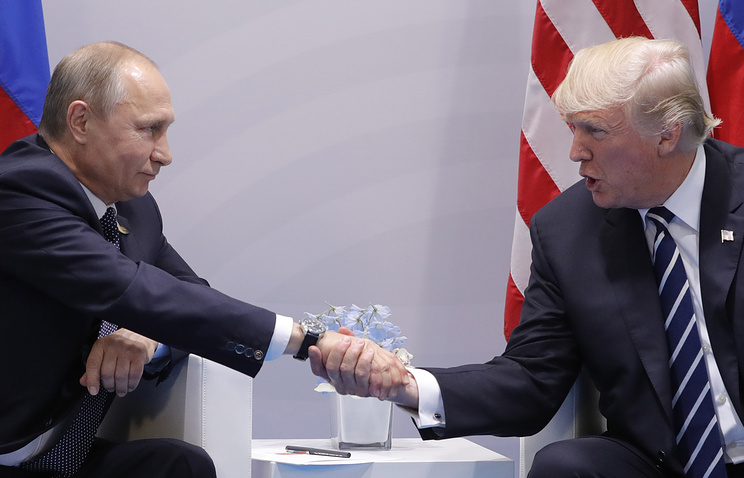 Da NANG, November 11. /TASS/. The presidents of Russia and USA Vladimir Putin and Donald trump as a result of short communication on the sidelines on the sidelines of the session of the Asia-Pacific economic cooperation (APEC) on Saturday endorsed the joint statement on Syria.

The document was prepared by the experts of the two countries and finalized on Saturday Russian foreign Minister Sergei Lavrov and U.S. Secretary of state Rex Tillerson.

The statement was specially prepared for the meeting in da Nang, reported to journalists the press-Secretary of Russian leader Dmitry Peskov.

The presidents talked on the sidelines in a friendly manner. Putin about something with a smile told Trump, both leaders something vividly discussed, and then warmly said goodbye to each other.

Earlier it was reported that Putin and trump talked briefly on Saturday on my way to a photography session of the leaders on the second day of the APEC summit in da Nang.

On Friday, the first day of the summit, U.S. and Russian leaders met during the ceremony, photographing of the participants. They greeted each other with a handshake and exchanged a few words.