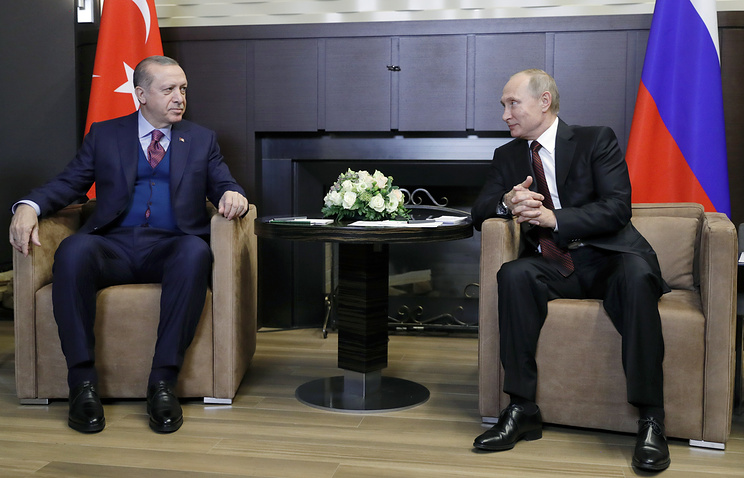 BOCHAROV Ruchei, November 13. /TASS/. The President of Russia Vladimir Putin considers that relations of Russia and Turkey can be considered to have been restored almost in full.

About the Russian leader said at a meeting with President of Turkey Recep Tayyip Erdogan.

“As we agreed during my visit to you we will have a working meeting today. I am grateful that you accepted the invitation, indeed, we are very close, as you said, in one hour the entire flight. I want to mention in the beginning of our meeting that our relationship can be considered to have been restored almost in full volume”, – said Putin to Erdogan.

For his part, the Turkish President said that “after the beginning of the process of normalization between our two countries the frequent meetings [leaders] accelerate the development of our bilateral relations.” “And our bilateral relations, and cooperation in addressing regional issues provide us with the opportunity to look to the future,” – said the Turkish leader.

According to him, Russian-Turkish relations in the political, military, trade and cultural and economic option to develop more and more intense with each passing day. He also stated that along with personal meetings, communication at the highest level continues in the telephone format.