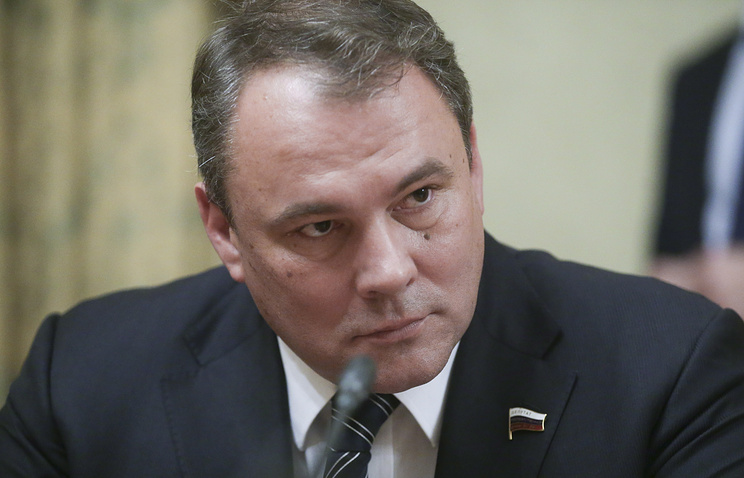 MOSCOW, November 13. /TASS/. Vice-speaker of the state Duma Pyotr Tolstoy did not rule out the adoption of the whole of the law on mass media – foreign agents already at the meeting house on Wednesday, November 15. This document is intended to be a response to the actions of the USA against the Russian TV channel RT.

“We said that we will try to quickly enough to solve this issue. We will make a law that the first reading has passed, the amendments in the second reading,” – said Tolstoy.

“We will, I hope, today will agree on the text part. If tomorrow the Duma Council will decide on the extension of the amendments in this (already existing in the Duma – approx. TASS) a bill on Wednesday, we will consider it on second reading, it is possible that on Wednesday in the third reading, and it will be this week accepted, as we promised”, – he added.

The future law will not affect bureaus or correspondents, but merely legal entities.

“This has nothing to do with social networks or bureaus, as many people think. The bureaus in General, we are governed by accreditation to the Department of information and press of the Ministry of foreign Affairs, the MP said. – So any way this law does not apply to reporters, relatively speaking, the same CNN or bi-Bi-si”. “It applies only to legal entities for foreign companies”, – he stressed.

Vice-speaker also said that the amendment on the media-registered as foreign agents will contain a reference norm to the law on NGOs, this document will not change.