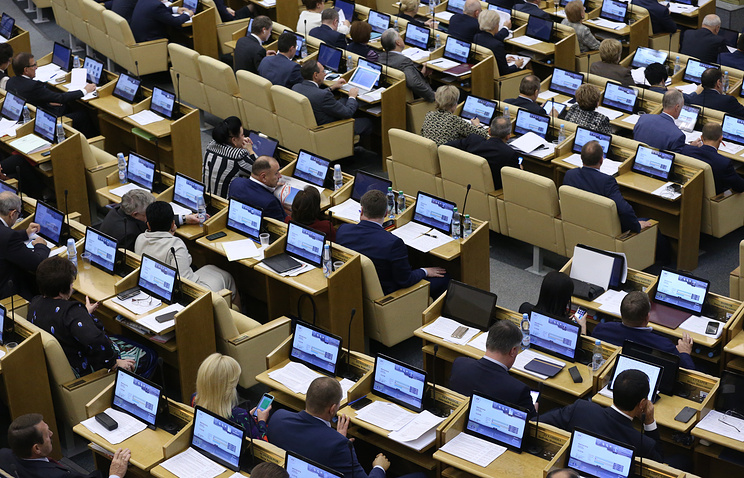 MOSCOW, November 14. /TASS/. The profile state Duma Committee on information policy meeting on Tuesday recommended the house to adopt the amendment, allowing to recognize the media as a foreign agent if it receives funds from foreign States, their state bodies, international and foreign organisations, foreign citizens. The amendment proposes to introduce for the second reading (scheduled for November 15) of the draft law on extrajudicial blocking of websites is prohibited or undesirable in the Russian Federation organizations.

For nearly two years, the entry in the register was in fact voluntary, but in early June of 2014 was signed into law on compulsory inclusion in the list. According to the document, the Ministry of justice may force the inclusion in the registry of NCOs – foreign agents, which are in fact established, but has not filed a statement. This decision can be appealed in court.

For malicious evasion from these duties already provided for criminal liability up to imprisonment for the term up to two years.

The situation with RT

The U.S. justice Department on 9 November demanded that RT America is the us branch of Russian TV company – until November 13 to register as a foreign agent. The chief editor of RT Margarita Simonyan stated that the channel strongly disagree with this requirement, but I have to agree, because otherwise the company will not be able to work in the United States.

November 10 the speaker of the state Duma Vyacheslav Volodin has instructed the profile committees of the lower house of the legislature to develop a symmetrical response to the actions of the American Ministry of justice. 14 November, Vice-speaker of the state Duma Igor Lebedev told TASS that the law will be adopted by November 15. Federation Council speaker Valentina Matvienko told reporters that the upper house of Parliament will consider the document at the next after the adoption by the state Duma meeting.