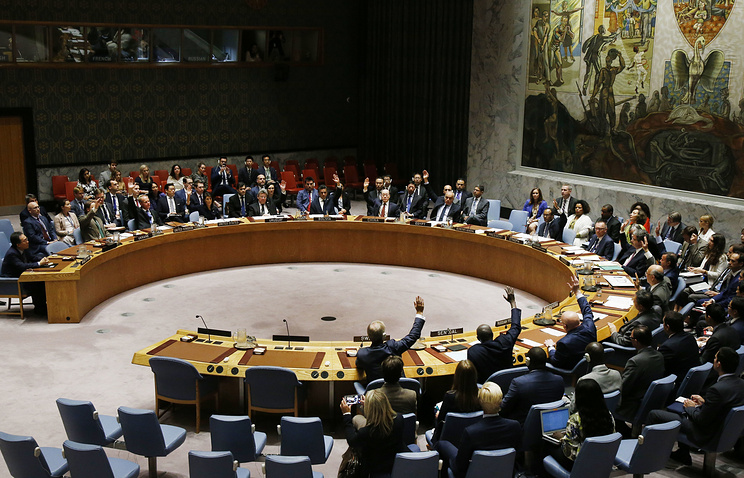 UN 15 Nov. /TASS/. The third Committee of the UN General Assembly on Tuesday adopted a resolution concerning human rights violations in Iran, North Korea and Syria. Russia has not supported any of these documents, spoke out strongly against such initiatives.

According to ja’afari, “dictatorial regime” in Saudi Arabia “has no right to talk about human rights, given its own track record in this area.” He recalled that until recently the country had a ban on driving cars by women, called Wahhabism “the fourth weapon of mass destruction” after the nuclear, chemical and biological.

As stated at the meeting, counselor of the permanent mission to the UN Olga Mozolina, Moscow has repeatedly opposed attempts to turn the 3rd Committee of the UN General Assembly to the authority, stamp resolution against unwanted West countries. Mozolina indicated that the proposed Riyadh draft resolution on Syria “is a clear example of this vicious practice.” “Each year, its content is becoming more and more detached from reality,” she said. According to her, the delegations which supported the Saudi initiative “should be fully aware of the fact” that the resolution undermines international efforts to resolve the conflict in Syria, including the discussions that are underway in Astana.

Accusations against the DPRK

Adopted without a vote resolutions on the DPRK condemned “committed for a long time and ongoing systematic, widespread and gross human rights violations” in the country. The document contains a reference to the findings of the UN Commission, according to which the country committed crimes against humanity “in the framework of the policy pursued at the highest political level for decades”.

Committee of the General Assembly, as last year recommended that the UN Security Council to consider referring the situation in DPRK to the International criminal court and imposing sanctions against those who “bear the greatest responsibility” for violations of human rights. The report expressed “deep concern” at the humanitarian situation in the country, however, does not say anything about the fact that it could be a result of restrictions imposed on the DPRK.

Russia and several other countries, including China and Syria, he said at the meeting disagreed with the decision of the Committee of the General Assembly. As recalled by Mozolina, Moscow “does not agree with the practice of making human rights bodies of the UN system projects a selective, one-sided resolutions on the situation of human rights in individual countries”. “We believe this method of working is ineffective and can only aggravate the confrontation between States,” she said.

According to her, the UN already exists “a well-established platform to consider the situation with human rights in all countries of the world” – the procedure of the universal periodic review in the framework of the UN Council on human rights, which opens the possibility “to establish a truly constructive and mutually respectful dialogue in the human rights field”.

Documents on Iran and Myanmar

During the session on Tuesday also adopted a resolution on Iran expressing concern about the “serious abuses and restrictions on the rights to freedom of thought, conscience, religion and belief”, and a large number of death sentences in the country that are including minors. The document that was opposed by 30 countries, including Russia, Venezuela, India, China and the DPRK, called for Tehran to “put an end to the widespread and serious restrictions” of civil liberties.

Documents on the situation of human rights in the three countries, taken 3rd by the Committee on an annual basis. During the month they are approved at the plenary meeting of the General Assembly. In the coming days the Committee will also consider a resolution on the situation in Rakhine state in Myanmar, calling on the authorities to stop military operations in the region. The preparation of the document deals with the delegation of Egypt.

At the meeting, the Director of the Department for humanitarian cooperation and human rights Ministry of foreign Affairs of the Russian Federation Anatoly Viktorov said the “counterproductive to the adoption of politicized country-specific resolutions with the sole purpose the punishment of uncooperative governments”. According to him, “didactic tone has never contributed to the advancement of human rights, and labeling for political reasons discreditied organs of the UN.”