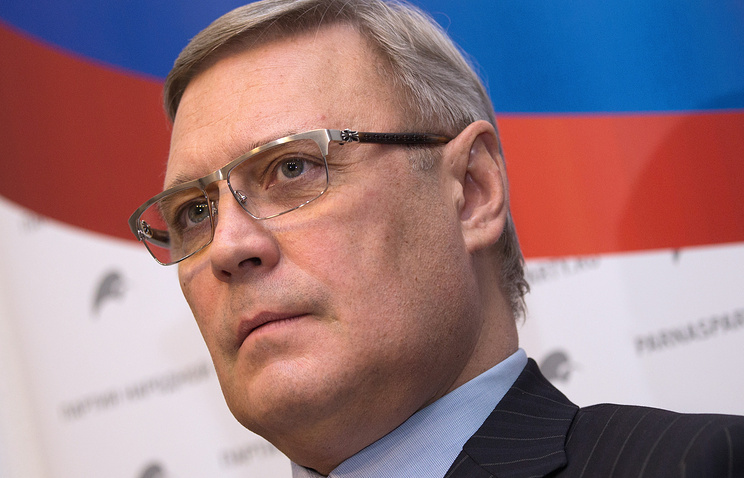 MOSCOW, November 16. /TASS/. PARNAS does not intend to nominate its candidate for the upcoming March 2018 presidential election. TASS said the Chairman of the party Mikhail Kasyanov.

“The party, most likely, will not nominate its candidate for presidential elections, does not intend [to nominate],” said he.

According to the politician, in December will be an expanded meeting of the Federal political Council PARNAS, who will discuss the possibility of supporting other candidates. “At the beginning or the middle of December we will collect an expanded political Council will discuss the issue of whether the party to support any of the democratic candidates, if such candidates will be”, – said Kasyanov reminded that the Russian legislation does not oblige parties to vote in all elections.

Earlier Kasyanov has repeatedly proposed to the founder of the party “Yabloko” Grigory Yavlinsky, blogger Alexei Navalny and TV host Ksenia Sobchak to create a coalition for the upcoming presidential election for possible nomination of a single opposition candidate. But on Wednesday, Kasyanov said TASS that the coalition will not, as his appeal was responded only Sobchak. During the Sobchak announced that it will be nominated from the party “Civil initiative”.

Presidential elections will be held in March 2018. The official campaign should start in the period from 7 to 17 December, after the election appointed by the Federation Council.