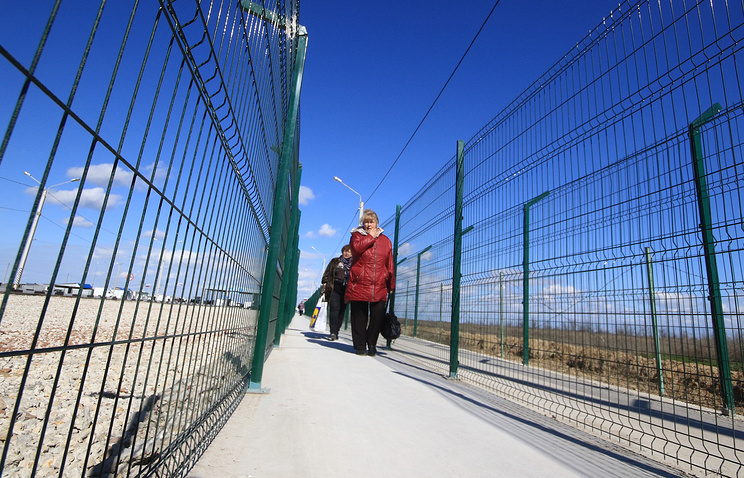 SIMFEROPOL, November 17. /TASS/. Experts plan in the first half of next year to complete the construction of a 50-kilometer fence on the border of Crimea with Ukraine. This was announced Friday in a press-service of the border Department of the FSB of Russia in the region in response to the request TASS.

Earlier it was reported that the fence on the Russian-Ukrainian border is being built to ensure the safety of the Crimea.

“According to the project documentation, completion [boom] scheduled for the first half of 2018”, – stated in the message.

The border guard added that “work on the engineering equipment of the Russian-Ukrainian border, including the construction of a 50-kilometer engineering obstacles in the North of Crimea, conducted in a planned manner”. “Interruption and overlap in schedules is not”, – assured the press service.

“Crimea is a dynamically developing region, and a huge number of travelers and tourists come to relax in throughout the year, [so] the security and safety of the residents is a priority for us, for which the state border in the future will be equipped with the most advanced engineering structures and equipment”, – added in management of FSB.

According to the website of public procurement, construction of the border fence will cost more than 200 million rubles. According to the posted documentation, the design of the fence should provide high strength, durability and economy of operation. The warranty period on engineering a boom and additional equipment to it – at least 10 years, and stipulates that construction must be resistant to difficult climatic conditions (including humidity up to 98% and the air temperature to plus 65 degrees).