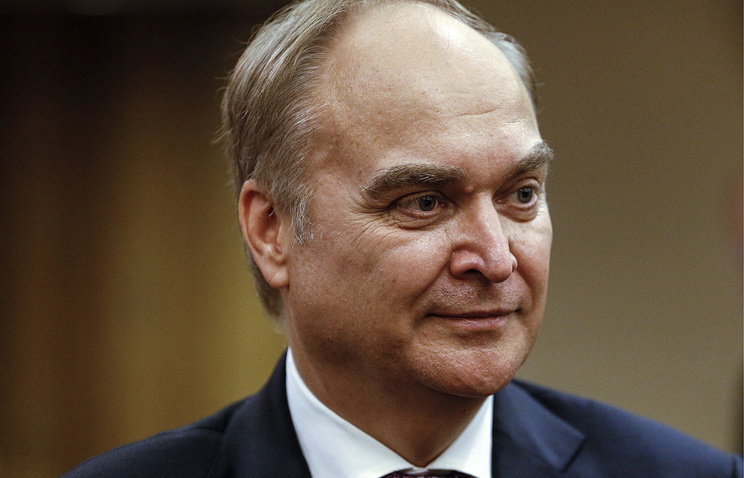 WASHINGTON, November 17. /TASS/. Contacts between the presidents of Russia and USA Vladimir Putin and Donald trump in Vietnam showed that the countries able to agree on joint work. On Thursday said the Russian Ambassador in Washington Anatoly Antonov at a reception on the occasion of awarding them credentials.

“The recent contacts between the presidents of Russia and the United States on the sidelines of the APEC summit in Vietnam, and they adopted a joint statement on Syria showed that our countries need each other and can agree to work together, he said. Only together it is possible to find adequate responses to the threats of the modern age, chief of which remains international terrorism”.

Antonov stressed that its task is the development of constructive and mutually beneficial cooperation.

“I can definitely say that the main task that I was assigned leadership of the country is all-round development of bilateral relations, the development of constructive, predictable and mutually beneficial model of cooperation.”

He stressed that for him “it is an honor and at the same time a tremendous professional challenge to perform a diplomatic mission” in the United States. “It should be noted that nowhere in the world I have not met representatives of the diplomatic corps such high qualifications. Come to Washington appointees to important government positions, which is evidence of the importance that countries attach to relations with the US,” stressed the Ambassador.

The diplomat added that the good relations between the two countries will benefit everyone.

“I am convinced that the good and kind relations between Russia and the United States will benefit all taking into account the special responsibility of our countries, as permanent members of the UN security Council for the maintenance of international peace and security,” he said.

The diplomat acknowledged that “the situation for the start of the new Ambassador is not the most favourable”. “We have to deal with a heavy legacy that we have inherited. However, most importantly in the current situation is not close to each other and not to look back, but by strategically” – he concluded.

Antonov also noted that our American colleagues are committed to constructive dialogue and demonstrate a friendly attitude.

“I would like to note that, despite the fact that I started to work in a difficult situation attitude towards me, the U.S. state Department and other agencies, where I managed to visit during this time, welcoming and friendly. The American colleagues expressed attitude to a constructive dialogue,” he said.

Antonov assured the guests that he and his colleagues-diplomats from the Russian Embassy “are ready for this work and intend to make every effort to promote the positive agenda in Russian-American Affairs.” “I look forward to the expertise and friendly support of fellow ambassadors. I should be grateful for the valuable hints and tips”, he added.

Antonov arrived in Washington on 31 August, at the head of the Russian diplomatic mission, he was replaced by Sergey Kislyak. His credentials to the President of the United States, he presented on 8 September.