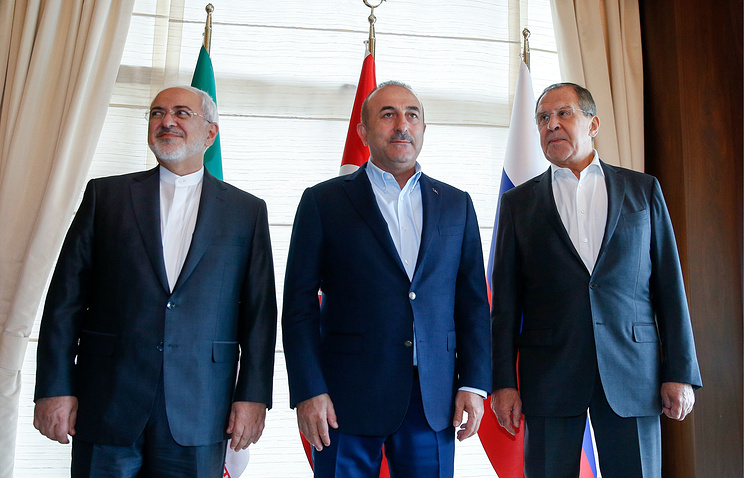 ANTALYA /Turkey/, November 19. /TASS/. The talks between the foreign Ministers of Russia, Iran and Turkey Sergei Lavrov, Javad Zarif and Mevlut Cavusoglu began on Sunday in Antalya, the correspondent of TASS from the event.

Ministerial meeting on the settlement of the Syrian crisis and before the Russian-Iranian-Turkish summit, which will take place on 22 November in Sochi.

Before the talks, the Ministers exchanged handshakes. The conversation takes place in closed to the press.

As expected, the main topics of the meeting will be the situation in the areas of de-escalation in Syria, especially in the area of Idlib, a further joint actions of Moscow, Tehran and Ankara to Astana format.

With the improvement of the situation on the ground in the foreground of the discussion of the process of political settlement, the objective of which is to sit at the negotiating table the Syrian government and all opposition groups. In this context, the foreign Ministers will likely exchange views on the convening of the Congress of the Syrian national dialogue and a new round of inter-Syrian consultations held on 28 November in Geneva.