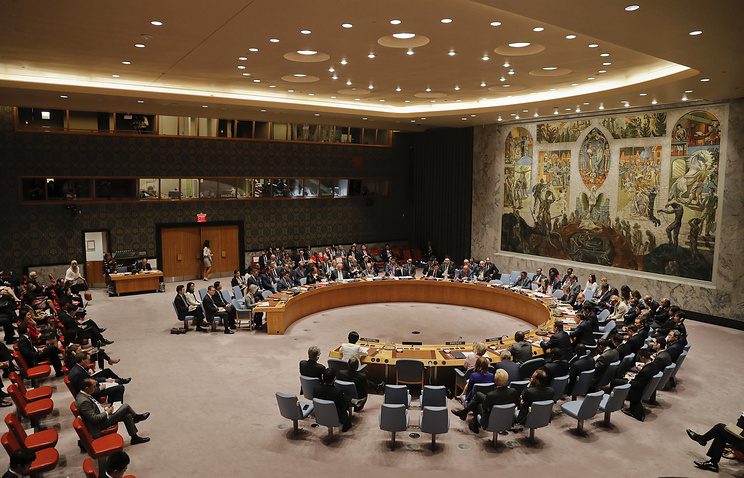 UN, 18 November. /TASS/. The UN Security Council Friday adopted a resolution on technical extension of the mandate of the Joint UN and OPCW to investigate chemical attacks in Syria (CMP) for 30 days. The document received the required number of votes, but Russia vetoed it, the veto.

Together with Russia against the draft resolution voted Bolivia, while China abstained. The remaining 12 members of the security Council supported the text prepared by Japan.

The term of office of the Commission of inquiry expires at midnight new York time (08:00 GMT). On Thursday, Russia vetoed the US-proposed draft resolution renewing the mandate of the CMP for one year intact, and made Moscow an alternative text aimed at correcting deficiencies in the work of the Commission, has not received the required for making number of votes.

Then Japan, which is a temporary member of the Council, presented his draft resolution. A one-page document provided for the extension of the mandate for 30 days. In the case of its adoption the UN Secretary-General, Antonio Guterres and the Director General of the OPCW Ahmet üzümcü would be charged for 20 days to prepare “proposals on the structure and methodology of a Joint mechanism for investigation, which will reflect the views of the members of the Security Council”.

As stated at the meeting, the permanent representative of Japan to the UN Coro base, the adoption of the resolution would allow the Security Council “to continue discussions about the future of CMP”. According to him, “while we are all responsible for the chemical attacks will not be installed, the work of the CMP should continue.”

Immediately after the vote US Ambassador to the UN, Nikki Haley said that “the Russian veto is the second in 24 hours – shows that Russia is not interested in finding a common position” on the issue of the investigation of chemical attacks in Syria. “Russia can stop the Council, but will not hide the truth,” said the diplomat, noting that the United States will continue to make efforts to resume CMP. In turn, British Ambassador Matthew Rycroft accused Russia that she allegedly committed at any cost, even at the expense of the non-proliferation regime of weapons of mass destruction, to protect the Syrian government.