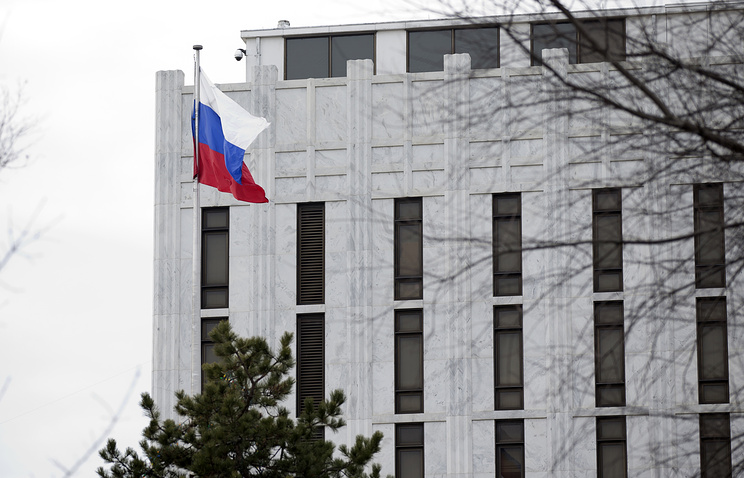 WASHINGTON, 18 Nov. /TASS/. The Russian Embassy in the United States called coercion affiliates news Agency Sputnik – Reston Translator to register as a foreign agent by the continuation of the policy of pressure on the Russian media and called on the us authorities to cease the practice of limiting the freedom of the press against them. This is stated in a statement on Friday the statement of the Embassy.

“Is the rejection of yet another unfriendly step by the us officials against Russia. This time they forced to register as a foreign agent of the owner of the frequency 105.5 FM in the Washington – company Reston Translator, the American partner of radio Sputnik”, the statement reads.

As it explains, “if Reston Translator has not complied with the orders of the US justice Department, in relation to this company would be introduced punitive measures”. “As a result, the American audience would be deprived of the opportunity to hear the voice of Sputnik,” informed the Embassy.

“These actions – continued policy of pressure on the Russian media. It is now apparently trying to intimidate the American commercial structure, working with our media resources. Urge U.S. authorities to stop the practice of limiting the freedom of the press in relation to the Russian media. Also we warn against the imposition of individual restrictions against our journalists in the US,” warned the Embassy.

“The intensification of the struggle in the information field is not in the interests of Russian-American cooperation. We [Russia] aims to develop into a mutually beneficial dialogue with our American colleagues. We will continue to make every effort not to give opponents of improvement of our relations in the United States to prevail,” reads the document.