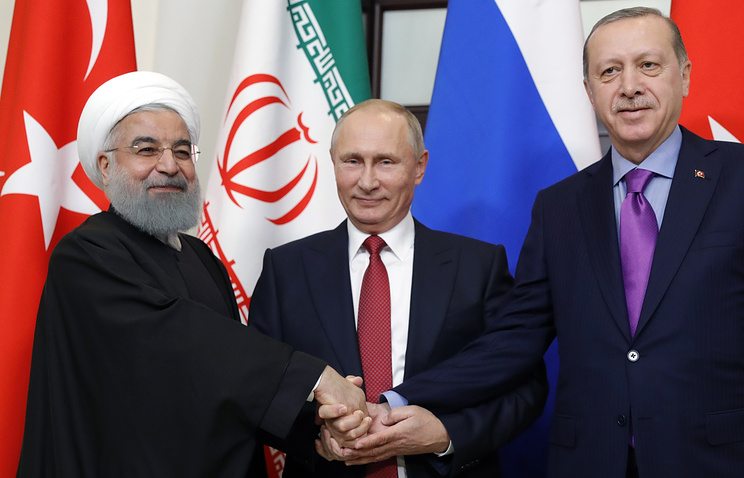 In Sochi hosted a meeting of presidents of Russia, Iran and Turkey, Vladimir Putin, Hassan Rouhani and Recep Tayyip Erdogan, the results of which presidents give a press conference.

Earlier in the press service of the Kremlin said that it is planned “to hold a thorough exchange of views on the problems of the Syrian settlement, particularly given the fruitful work in Astana format; on the background of achievements in the fight against terrorism and the significant reduction in the level of violence in Syria are planned to discuss further steps to ensure the long-term normalization of the situation in this country.”