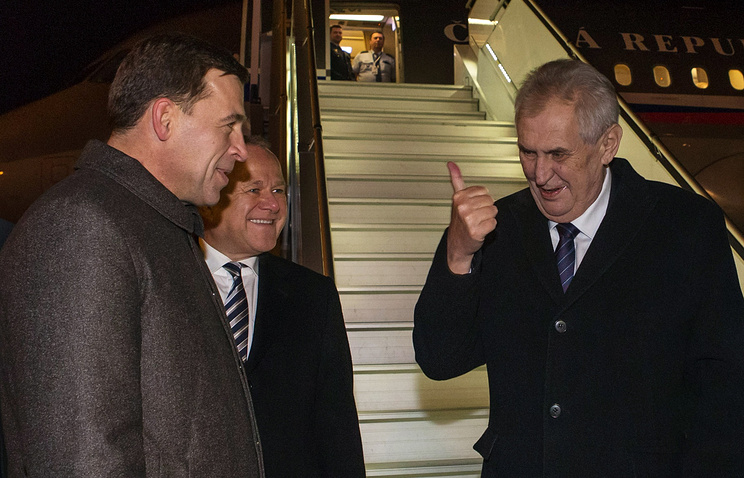 “It is planned that the President of the Czech Republic and the Governor of the Sverdlovsk region on 24 November will take part in the Russian-Czech business forum”, – stated in the message. According to the Department, the participants will discuss inter-regional cooperation. It is noted that on the sidelines of the forum will sign documents on bilateral economic and humanitarian cooperation.

“The program also includes activities in the framework of the official visit [Zeman] – visit the Ural works of civil aviation is a promising platform of the second phase of the special economic zone “Titanium valley”. In addition, it is expected that during the visit of Milos Zeman in the Sverdlovsk region will receive an honorary doctorate, Ural Federal University named after first President of Russia B. N. Yeltsin”, – specified in Department.

In Ekaterinburg on 24 November will take place the Russian-Czech business forum. For involvement at the Middle Urals will host representatives from more than 70 manufacturing, trading, consulting and legal companies and business associations of the Czech Republic.

For the last three months it already the second visit of the Czech delegation in Yekaterinburg. In August 2017 in the Sverdlovsk region has arrived the Deputy Hetman of regional development and investments of southern Bohemia Joseph Knoth. At the meeting with the President of the Ural chamber of Commerce and industry Andrey Besedin it is suggested to implement a number of projects in machine building, agriculture and education.