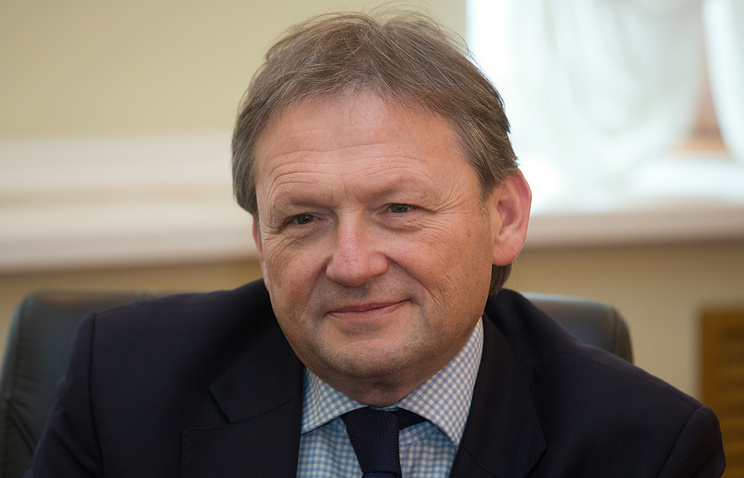 MOSCOW, November 26. /TASS/. Authorized under the RF President on protection of entrepreneurs ‘ rights Boris Titov will be nominated by the Party of growth, which he heads, at the election of the President. This was reported TASS the press service of the party on Sunday following the meeting of the Federal political Council of the party.

“Federal political Council of the Party of growth proposes to nominate President Boris Titov. Congress is given the recommendation”, – said the Agency interlocutor.

As reported on the website of the growth, Titov will participate in the presidential election in March 2018 with the program of economic reforms prepared by the “Stolypin club” and presented earlier, Russian President Vladimir Putin.

“The main challenge in the forthcoming campaign – the promotion of “growth Strategies”, the economic program prepared by the “Stolypin club” and presented to the President in may of this year. With this program, Titov goes to the polls, and the more support you will get from voters, the more likely subsequently to implement the program”, – stated in the message.

According to information on the website “Stolypin club”, he is an expert of Russian entrepreneurs and leading scientists-economists. Titov holds the post of Chairman of the Presidium of the club.

Titov, Abrau-Dyurso after the meeting of the Federal political Council, told journalists that the Party’s growth have decided to participate in the presidential elections to “change the economy”.

“We have a clear plan how to do it, we have a “growth Strategy” is the strategy of creating in our country an efficient, modern economy, based on the initiative of the people, competition, development of small and average business in modern enterprises”, – said the leader of the party, quoted by his press service.

“Working people can’t be poor – it is our main principle,” – said Titov.

Federal political Council of Party growth in the Sunday meeting in Abrau-Durso has decided to recommend to the Congress, which will take place in December, Titov put forward a presidential candidate. In August the Party of growth has identified four possible candidates for the elections to hold in between the primaries: the Federal Secretary of the party Alexander Guruji, head of the faction in the legislative Assembly of St.-Petersburg Oksana Dmitrieva, Internet Ombudsman Dmitry Marinicheva and businessman Dmitry Potapenko. In addition, Titov said earlier that the Party of growth considering, among others, and option support in the presidential election of the acting head of state Vladimir Putin in case of his nomination.

As noted in the report on the party’s website, “none of the candidates [in a primary] has not received unanimous support from party members”. Date of the December Congress is not yet defined.

At the moment, the desire to participate in the presidential campaign already stated, in particular, the LDPR leader Vladimir Zhirinovsky, the founder of the party “Yabloko” Grigory Yavlinsky, head of the “Communists of Russia” Maxim suraykin, TV presenter Ksenia Sobchak, a businessman Sergei Polonsky, singer and journalist Catherine Gordon, blogger Alexei Navalny. The head of the Central election Commission Ella Pamfilova has repeatedly explained that the Bulk can not be a presidential candidate in the upcoming elections because of the criminal record. In addition, the intention to go on elections was announced by the representatives of several public organizations.

Communist party leader Gennady Zyuganov has repeatedly stated that the Communist party goes on elections of the President of the team. The decision of who becomes the candidate, will be announced at the Congress in late December. “United Russia” and “Fair Russia” has not yet been informed about the format of participation in presidential campaign.

Russian President Vladimir Putin has not yet made any statements about his participation or non-participation in the presidential elections in 2018.