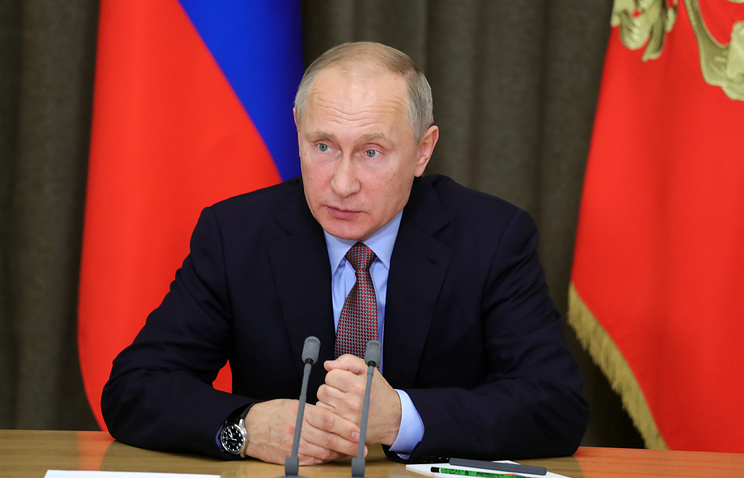 VLADIVOSTOK, November 26. /TASS/. The President of Russia Vladimir Putin will continue the “diplomatic marathon” on the settlement of the situation in Syria. About it on air of TV channel “Russia 1” said the press Secretary of the head of state, Dmitry Peskov.

“President Putin has undertaken intense diplomatic marathon. We can say that, of course, he will somehow continue,” he said.

November 22, the leaders of Russia, Iran and Turkey, Vladimir Putin, Hassan Rouhani and Prime Minister of Turkey Recep Tayyip Erdogan held a meeting in Sochi, on which they claimed substantial success in the joint fight against terrorism in Syria and the beginning of qualitatively new stage in the settlement of the crisis in this country. The next step in this process should be carrying out in Sochi of the Congress of national dialogue in Syria.

Peskov also said that a meeting held before this meeting, the conversation Putin and Syrian President Bashar al-Assad “made a very big contribution to the successful completion of the recent Sochi meeting”.

On the eve of the trilateral meeting of Sochi was visited by Syrian leader Bashar al-Assad, who conducted the negotiations with Putin on the situation in the country and in the region. Putin said that he had informed Erdogan and Rouhani on the meeting with Assad, noting “expressed the Syrian leadership’s commitment to the principles of peaceful solution to the crisis, the willingness to carry out constitutional reform and free elections controlled by the UN”.