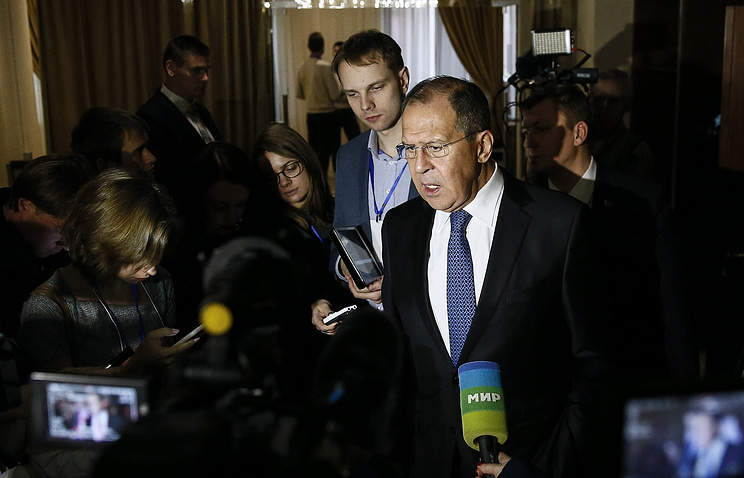 MINSK, November 30. /TASS/. The Russian foreign Minister Sergei Lavrov said that the Law on mass media-registered as a foreign agent allows the Russian Federation to act as a “mirror”, and Moscow will do so. “The law was passed, it framework, it allows you to act a mirror, – said the Minister to journalists, said the President [Vladimir Putin], we will continue to do that.”

The Federation Council on 22 November approved the rules on mass media acting as foreign agents. The provisions of the law allow us to recognize the media “noagenda” if it receives funding from abroad. After the acquisition of the status of “inherent” media will be subject to the restrictions and obligations set now for – profit organizations – “foreign agents”; they also will face the same for these NGOs responsible for the violation of the law.

The adopted rules were a response to the request of the US Department of justice, to RT America – the American branch of the Russian broadcaster to register as inherent in the United States.