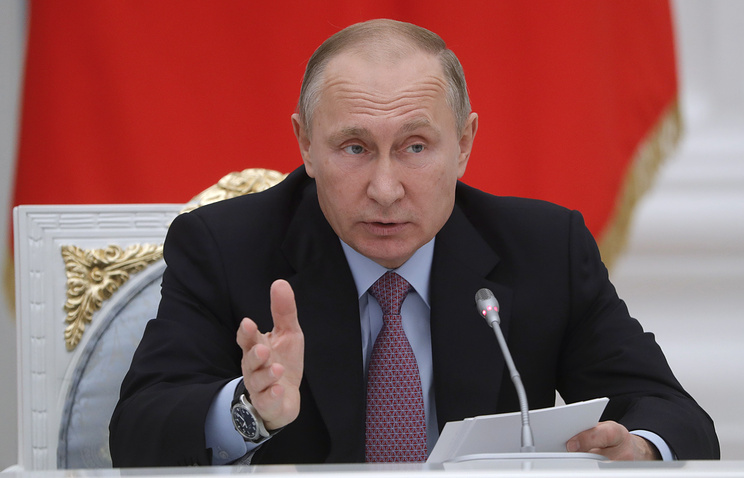 MINSK, November 30. /TASS/. Russian President Vladimir Putin has not yet announced whether he will run for another term in 2018, so the format of this nomination is too early. This was stated to journalists the press Secretary of the President Dmitry Peskov, answering the question of whether Putin candidate from the party “United Russia”.

“I don’t know that Vladimir Putin is still somewhere talked about his intention to run for President, I do not have this information,” – said the press Secretary of the head of state.

Earlier Thursday, Prime Minister, Chairman of the “United Russia” Dmitry Medvedev in interview to five TV channels announced that the party no doubt would support Putin if he decides to participate in presidential elections. According to him, such support will be provided regardless of the form of a possible nomination (as a candidate or party). In respect of private candidates, Medvedev said that currently he does not see himself as a contender for the presidency.

Presidential elections should pass on March 18, 2018, the campaign will be officially launched in the period from 7 to 17 December. Putin has not announced its participation in the elections. The candidate of the parliamentary parties do not need to collect signatures to register for the presidential election, independent candidate needs to collect 300 thousand signatures of voters.