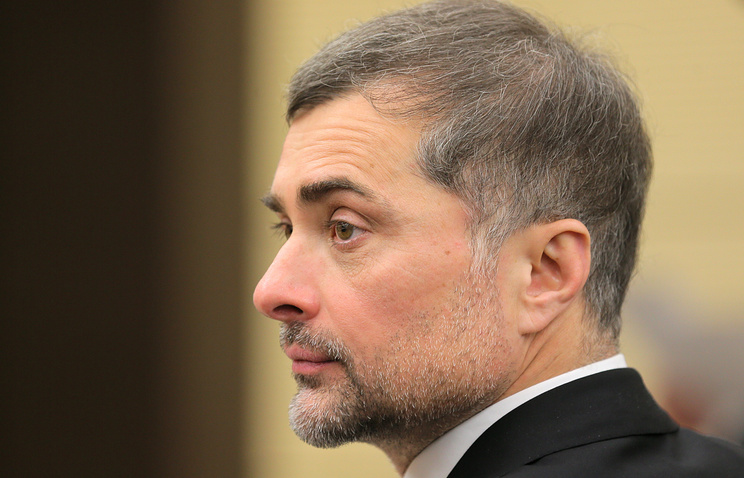 MOSCOW, November 30. /TASS/. Russian draft UN security Council resolution in the direction of the contingent entity to provide security of OSCE observers in the Donbass need to discuss, and make. This view was expressed in an interview with TASS, the Russian presidential aide Vladislav Surkov.

“The position of Russia on the final pacification of Donbass very clearly expressed in our draft resolution of the UN security Council. What is there to discuss? Make necessary,” he said.

In response to the question about how he plans to convince the interlocutors in the right, the presidential aide said: “Our country is the most effective peacemaker. Obviously. It was Russia that stopped a full-scale civil war in Ukraine”.

Surkov said that “the cessation by the parties of the conflict offensive operations, the transformation of the front line at the line of contact and in General all the Minsk agreement were the result of implementation of the peace plan of Putin, published in the summer of 2014”.

“This plan, despite all the difficulties and hitches, has consistently performed, he continued. Recent support for our President offers Viktor Medvedchuk (representative of Kiev in humanitarian subgroup of the contact group, the leader of the public movement “the Ukrainian choice” – approx. TASS) for the exchange of prisoners is another proof. Russian ideas work, so to reject them is unreasonable”.

Mission to the UN on behalf of the President of Russia Vladimir Putin on 5 September sent to the Secretary General and the President of the security Council international organizations on the draft resolution on placing in the Donbass, the UN mission to ensure the safety of members of Special monitoring mission of the OSCE. Putin stressed, however, that the direction of the UN contingent is possible only after the withdrawal of weapons and with the consent of the proclaimed Lugansk and Donetsk national republics.

Immediately after that, Kiev said that the format of the mission in the Donbass, proposed by the President of the Russian Federation, not satisfied with the Ukraine, which insists on placing “peacekeeping force” on the Russian-Ukrainian border.