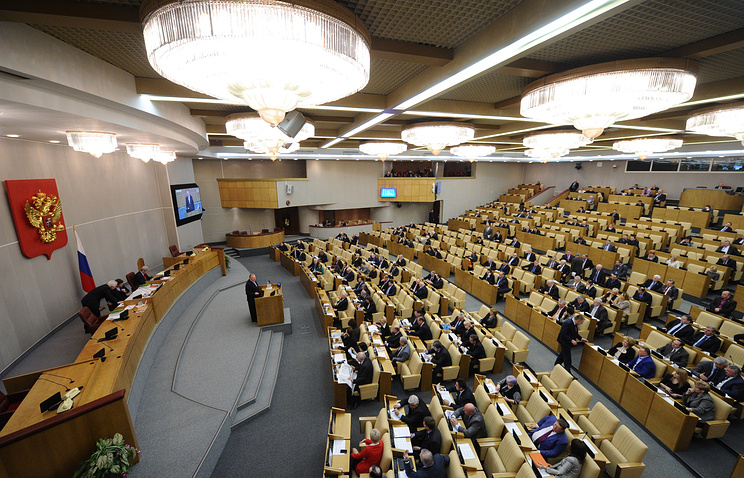 MOSCOW, November 30. /TASS/. The state Duma next week will take steps in response to the deprivation of RT accreditation in the U.S. Congress, said Thursday in an interview with radio station “Kommersant FM” the Vice-speaker of the lower house of the Russian Parliament Peter Tolstoy.

“We have over the next week will take all the necessary decisions, and the greater part of these decisions has the authority to make the Ministry of foreign Affairs, determines the order of accreditation of foreign correspondents. The decisions procedure need to take the State Duma, I think, will be examined Tuesday [5 December] at the Council chamber,” said Tolstoy.

As noted the Vice-speaker of the state Duma, is scheduled to take decisions “only point and in response to the demarches colleagues in the United States.”

“It will be in the American media, but we’ll figure out how to do so to comply with the parity information influence. And while our European counterparts do not prohibit the entry of Russian journalists in the Parliament, we are not considering this possibility [of the adoption of restrictive measures for them”, – he explained.

On 29 November head of the Executive Committee of correspondents, radio and television in the U.S. Congress, Craig Kaplan stated that the RT journalists denied accreditation by the U.S. Congress. He stressed that this decision was made on 21 November for the unanimous vote in Committee “due to the fact that the Manager of an American branch of RT by T&R Productions, LLC (T&R) registered as a foreign agent in the United States.”