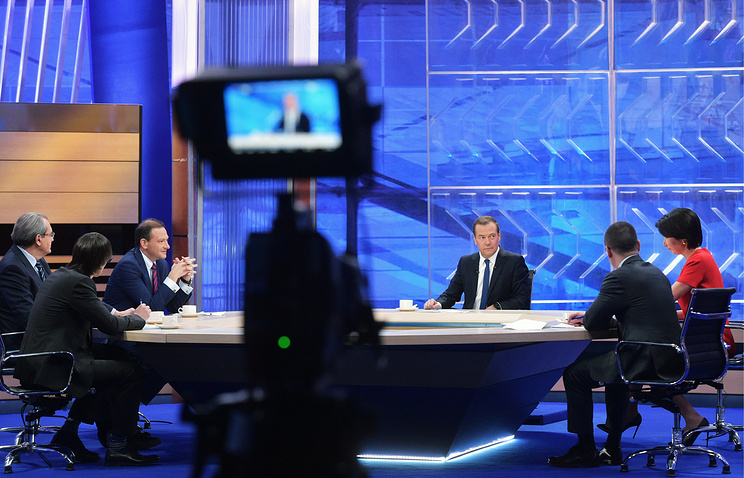 Thursday, November 30, Prime Minister Dmitry Medvedev the tenth time has summed up year in interview to the Russian TV channels.

“A conversation with Dmitry Medvedev” lasted about 1 hour and 40 minutes. Key statements by the Prime Minister at the TASS.

?
“The economy has entered a stage of growth”

?
“Money for pensions is”

?
“It is important that the preparations were good, and reasonably cheap”

?
“Gradually the need to withdraw from the shared construction”

?
“To help the regions still need”

?
“We are against the use of doping”

?
“The system of public procurement in relation to the theatres should be more loyal”

?
“Better not cyberwar, and cybercommunist”

?
“We lived under sanctions”