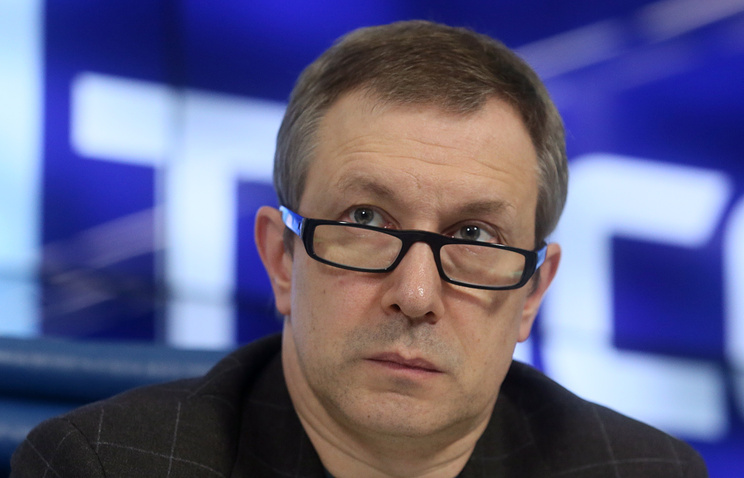 MOSCOW, December 4. /TASS/. The position of Russia regarding the parameters of the UN mission in the Donbas is set out in the draft UN resolution, which she gave to the Security Council on 5 September, and to review this position, Russia is not ready. In an interview with TASS said the Director of the Center for political conjuncture Alexei Chesnakov.

Answering the question about the differences on this issue at the talks between Russian presidential aide Vladislav Surkov and special envoy of the US state Department in Ukraine with Kurt Volker, he said that at the meeting in Belgrade on 7 October, where there was discussion about the parameters of this mission, the Russian side said: “Talks sense to continue only if the overall concept is supported by Russian”.

Chesnakov recalled that the concept of this is that a UN force should provide armed guards of the Special monitoring mission (SMM) of the OSCE.

“Ukraine has repeatedly urged to arm observers of the OSCE SMM. Russia has never objected to this, – said the Russian expert. – In 2015 in Paris were appropriate arrangements “channel four”. However, the OSCE itself to arm themselves refused, arguing that the lack of experience and funds.” “That’s why September 5, President Vladimir Putin launched an initiative to involve UN forces for armed guards SMM OSCE – said Chesnakov – I would Like to remind you that this offer has arisen on a serious basis. The possibility of cooperation of the SMM, the OSCE and the UN is enshrined in paragraphs 2 and 3 of the decision of the OSCE Permanent Council No. 1117 of 21 March 2014”.

According to him, the concept proposed by Russia, is simple. “The forces of the parties should be divorced along the line of contact. They must be observers of the OSCE SMM, protected by UN forces. In addition, observers of the OSCE SMM to inspect the entire territory of the conflict on both sides of the line of contact. In these inspection raids, they must also be accompanied by representatives of the armed guard of the UN.”

Chesnakov noted that the American side initially expressed willingness to discuss the parameters of this basic concept. “Of course, the Russian side is far from dogmatism, always listens to partners and are ready to edit the resolution on their request, but of course not at the expense of fundamental principles, stressed the Russian expert. – I know that the American side with this approach was agreed. This was the appointment of Surkov and Volcker in Belgrade on 13 November. But, contrary to these agreements, a meeting on the Volcker brought proposals incompatible with the Russian concept.”

Chesnakov has confirmed that it is about those 29 paragraphs, of which after the meeting, said Walker. However, to reveal their contents he did not, although admitted that he saw those papers. “The us stand is widely known from numerous interviews of Mr. Volcker, said the expert. – It is known that first of all, it is that the UN mission was full and first took control of the Russian-Ukrainian border”.

As for those three paragraphs that the Russian delegation considered it acceptable, then, according to Chesnakov, they reaffirm “the commitment of the Minsk agreements”.