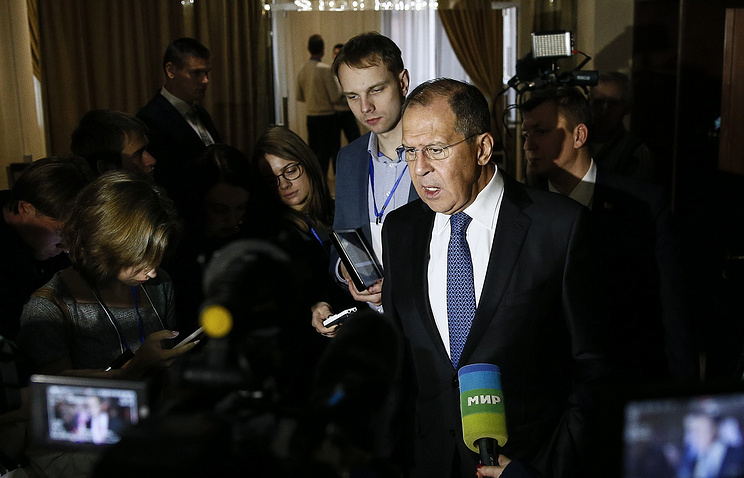 ROME, 1 Dec. /TASS/. Moscow would not want to join with Washington in the race bans, which will suffer the media of the two countries. This was stated to journalists on Friday, Minister of foreign Affairs of Russia Sergey Lavrov, commenting on the withdrawal of accreditation in the U.S. Congress for journalists RT.

“We are studying the situation that occurred with broadcaster RT. I am convinced that this is absolutely unacceptable to any half-decent, civilized country,” – said Lavrov.

“I cannot say now what will be our answer, but I would not want to join the race bans, which will suffer and the media, and those people who receive from the media about what is happening in the world,” – said the Russian foreign Minister.

On Wednesday, the head of the Executive Committee of correspondents, radio and television in the U.S. Congress, Craig Kaplan stated that the RT journalists denied accreditation by the U.S. Congress. He stressed that this decision was made on 21 November for the unanimous vote in Committee “due to the fact that the Manager of an American branch of RT by T&R Productions, LLC (T&R) registered as a foreign agent in the United States.”