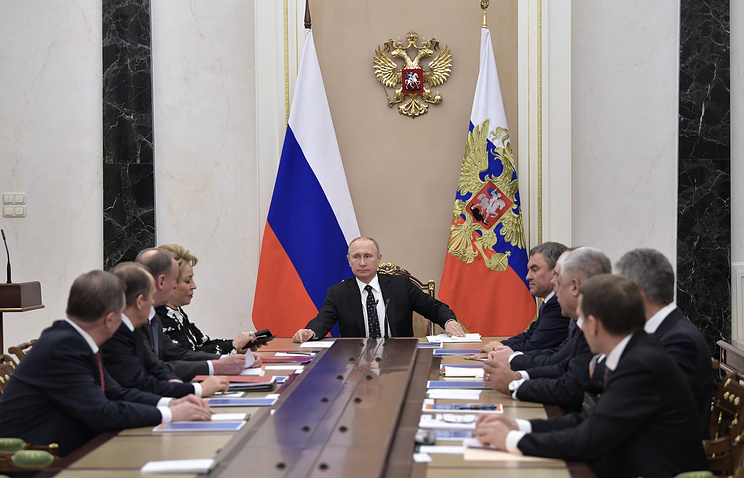 MOSCOW, December 1. /TASS/. Russian President Vladimir Putin discussed with the permanent members of the security Council of Russia, the situation around North Korea, the results of the CSTO summit, as well as issues of energy security of Russia taking into account the forthcoming winter period. This was reported by press Secretary of the head of state, Dmitry Peskov.

“They exchanged opinions on the situation on the Korean Peninsula after a recent test of Pyongyang’s ballistic missiles,” – he said.

“Among the international issues the President has also briefed members of the security Council on the outcome on the eve of the Minsk summit of the CSTO”, – said Peskov.

“In the context of the domestic agenda and in light of the country began a period of winter frost discussed the topic of energy security in the regions,” he said. “We have also discussed other topical issues,” – said Peskov.

The Russian defense Minister Sergei Shoigu, who attended the meeting, briefed the President and members of the security Council about the results of his working visit to Egypt.