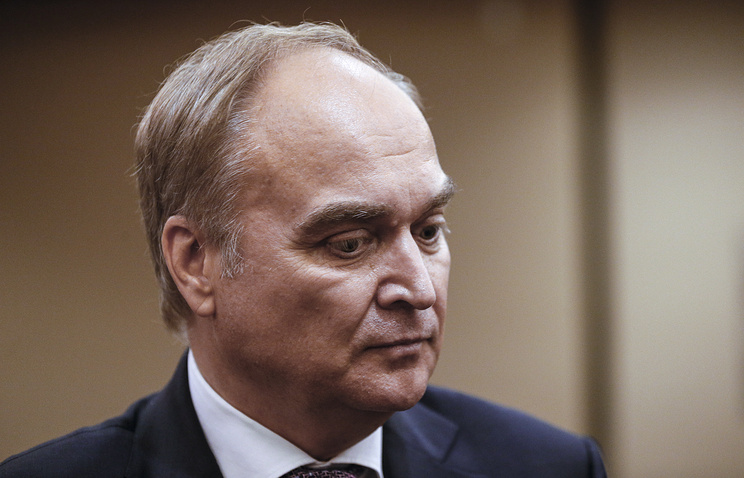 STANFORD /California/, December 2. /TASS/. Russia’s Ambassador to Washington Anatoly Antonov on Friday inspected the outside of the Russian Consulate General in San Francisco and the residence of the Consul General. The diplomat announced at Stanford University, at the meeting with students.

“Before the trip to California I was requested only to enter the building of the General Consulate of the Russian Federation”, – he said. The Ambassador noted that he had received a “negative response”. “I don’t understand how I threaten U.S. security, when Russian property,” he said, adding that from the American side has not received “any explanation” on this matter.

“Today I visited this fenced area,” said Antonov. “I looked at my building, it’s a Russian building, it is still Russian property,” he said. “There was an officer, he approached my group and asked what we are doing,” – said the diplomat.

“Then I visited the area around the building where my Consul General, beautiful building,” he said. “I am very pleased that we have such a property in San Francisco,” the Ambassador said.

“And, of course, my dream is to return to our property and to restore the activity of the Consulate General, as I’m sure it will be beneficial for the United States and Russia”, – said Antonov.