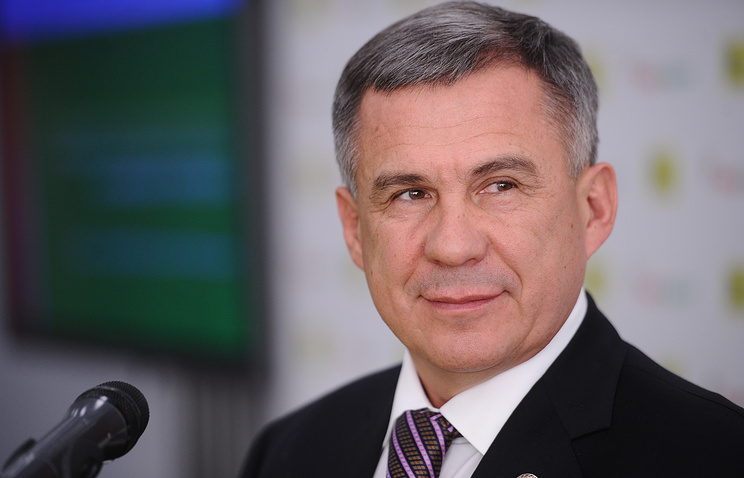 KAZAN, December 4. /TASS/. President of Tatarstan Rustam Minnikhanov freed Engel Fattakhov from the post of Deputy Prime Minister – Minister of education and science of the Republic. This was reported in the press service of the regional government.

“Minnikhanov signed a decree relieving Engel Fattakhov from the post of Deputy Prime Minister of the Republic of Tatarstan – Minister of education and science of the Republic of Tatarstan in connection with transition to other work”, – stated in the message. Acting Vice Prime Minister-Minister of education and science of the region became Rafis Burganov, who was Chairman of the Committee of the state Council of Tatarstan on economy, investments and entrepreneurship.

Earlier in the Republic, problems associated with teaching in schools of the region of the Tatar and Russian languages. According to the Constitution of the Republic of Tatarstan and Russian, and Tatar languages are in the region of the state and taught in schools mandatory in equal amount. Recently, however, the media began to appear information that, in the opinion of many parents, their children, impose the study of the Tatar language at the expense of Russian. As a result of Prosecutor’s office of Tatarstan inspection revealed 3.8 thousand violations in the sphere of teaching of the state and native languages.

In turn, the authorities of the Republic sent to the Ministry of education and science of the Russian Federation a proposal for Tatar language teaching in local schools, according to which for pupils in primary and secondary schools it is a required subject in the amount of two hours per week, and in grades 10-11 lessons of the Tatar language was offered on a voluntary basis. Later, however, the state Council of Tatarstan voted in favor of the teaching of the Tatar language in schools of the Republic to two hours a week. The pupils will attend on a voluntary basis with written consent of parents.