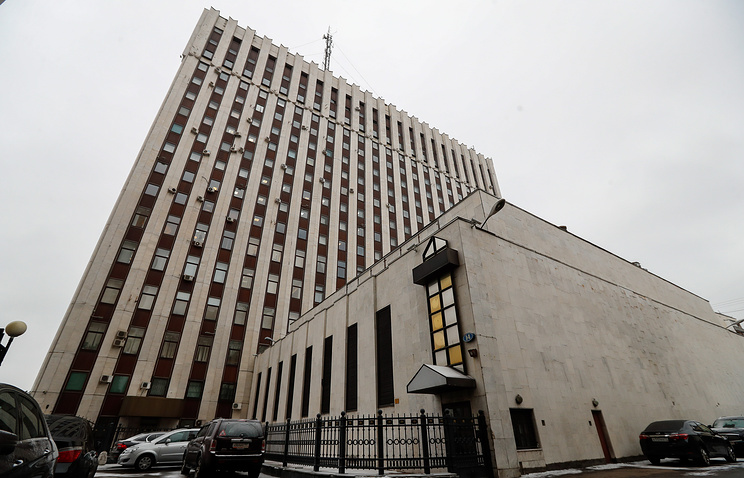 MOSCOW, December 4. /TASS/. The President of Russia Vladimir Putin has expanded the powers of the Ministry of justice with responsibility for the Department functions to maintain a register of foreign mass media acting as foreign agent. The corresponding decree published Monday on the official portal of legal information.

Under amendments to the Statute on the Ministry of justice of the Russian Federation, approved by presidential decree of 13 October 2004, the Agency “maintains a register of foreign mass media acting as foreign agent, including taking decisions about the inclusion or exclusion of foreign media”.

In addition, the Ministry of justice of the Russian Federation establishes the order apply to the media registered as a foreign agent of the provisions of the Federal law “On noncommercial organizations”.

A decree signed on 2 December 2017, shall enter into force from the day of its signing.

Media-registered as a foreign agent

The provisions of the law allow us to recognize the media by noagenda if it receives funding from abroad. After the acquisition of the status of ieagent on media will be subject to the restrictions and obligations set now for – profit organizations- foreign agents.

Also, they will face the same for these NGOs responsible for the violation of the law. The adopted rules were a response to the request of the US Department of justice, to RT America – the American branch of the Russian broadcaster to register as inherent in the United States.

As explained earlier, the head of the Duma Committee on information policy, Leonid Levin, the media, recognized as foreign agents will be required to label their materials. Appropriate rules will be prescribed in regulations of the Ministry of justice. While these rules will not affect the Russian media, and will affect only foreign.

According to the Chairman of the Federation Council Committee on constitutional legislation and state construction Andrey Klishas, the adoption of this law does not violate constitutional rights does not impose any censorship, and establishes additional obligations in relation to the media, which can be recognized as registered as a foreign agent.