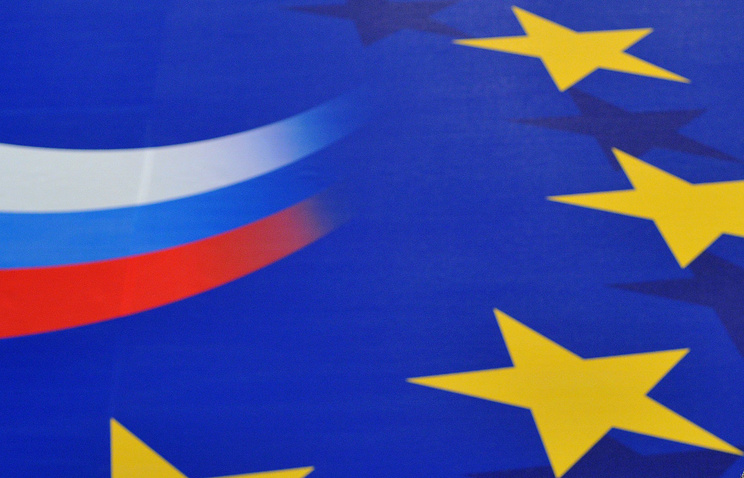 BRUSSELS, 2 Dec. /TASS/. Russia and the EU should continue to work on creating a common space from Lisbon to Vladivostok, which is especially important on the day of the 20th anniversary since the entry into force of the Agreement on partnership and cooperation (PCA), a significant part of the arrangements which are now frozen.

This is stated in the statement of the permanent representative to the EU, released on Friday evening in connection with the performance of December 1, 20 years from the date of entry into force of the PCA.

“Given the dynamic development of the Eurasian economic Union becoming more and more urgent by the prospect of forming a common economic and humanitarian space from Lisbon to Vladivostok. We believe that enhancing the processes of pairing integration projects in the European space contributed to the establishment of direct contacts between European and Eurasian integration. The current memorial is undoubtedly an occasion to reflect on the promising potential of building genuine equal and mutually beneficial partnership between Russia and the EU, based on mutual interests. Expected when the EU will have the political will to begin working together on this continent-wide project,” – said in a statement.

The long-term interests will prevail

“We are confident that the long-term interests of our countries and peoples, born in a common “European cradle”, will ultimately prevail over short-term political expediency. No matter how hard opponents of cooperation Russia-EU mutually beneficial relations between our countries continue to develop, grow alive the social, cultural and academic ties, new and interesting commercial projects. The EU remains our largest trade and investment partner, Russia – one of the key export markets for the EU and the main supplier of energy resources to the European markets”, – said the permanent representative of the Russian Federation.

At the same time, the material of the Russian diplomatic mission noted that many of the accumulated SPS mechanisms for dialogue between Russia and the EU “have become hostages of short-sighted policy of the West in the Ukrainian crisis”. “Has stalled in the framework of bilateral sectoral dialogues, which were an effective mechanism of direct interaction between the Russian Federal Executive authorities and the departments of the European Commission. “Frozen” a considerable part of the communication, in violation of the provisions of the PCA, the EU introduced sectoral (economic) sanctions against Russian companies. On the way of liberalization of the visa regime of trips of citizens of Russia and the EU installed additional artificial obstacles, including those imposed by the EU’s blatantly discriminatory prohibition on the issuance of Schengen visas to residents of Crimea,” – said the permanent representative.

The PCA was signed on 24 June 1994 on the Greek island of Kerkyra (Corfu) and entered into force on 1 December 1997. It was concluded for a period of 10 years with subsequent annual automatic renewal and valid to this day. At the summit Russia-EU in London in 2005 was a political agreement on concluding a new basic agreement, which should replace the current PCA. Negotiations began in July 2008, there were 12 rounds, but they are currently suspended.