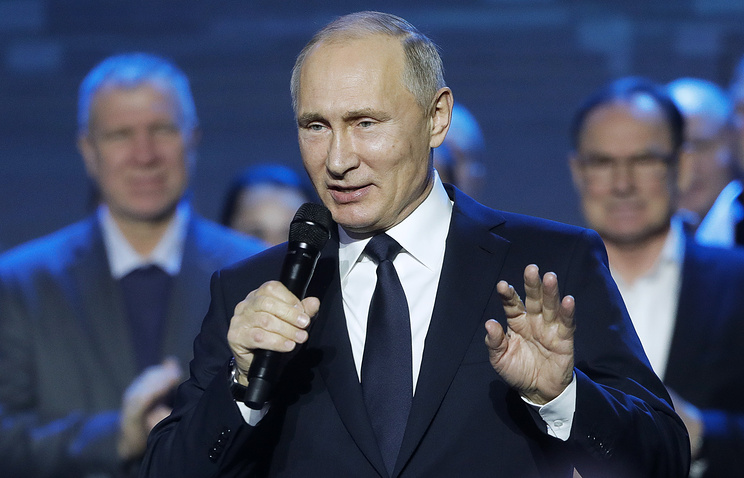 7 Dec. /TASS/. Heads of Russian regions commented on the decision of Vladimir Putin to participate in the presidential elections in 2018. Some governors believe that the current President will allow the country to actively develop further, others speak about the necessity to unite society around a recognized leader. According to many regional leaders, the experience will allow Putin to move on and to justify the hopes of the Russians for stability.

Siberia is waiting for support and development of the regions

The leaders of the Siberian regions unequivocally supported Putin’s decision to run for another term as President and expressed hope of maintaining the current policy vector. The heads of regions of Russia also hope that Putin will continue to support the regions, and are willing in turn to support him in this direction.

The acting Governor of the Novosibirsk region Andrey Travnikov noted the importance of coherent and progressive development for the country and the need for changes that will help in this development.

“Of course, any strategic program is not dogma, it should at least implement to be adjusted, but in any case there should be no sharp turns, because any drastic changes – it is still braking. We have and personally I have confidence that this momentum will not slow down and will only take place more rapidly,” said herbalists.

Heads of Russian regions believe: that the current President will allow to continue a policy of unity and cohesion of the country. The head of Bashkortostan Rustem Khamitov said that Putin can consolidate the society.

“Vladimir Putin is the national leader who can unite the country, to consolidate the society, all the peoples of Russia. He has a clear vision for the future of the country, understanding its mission in history. There is a comprehensive program of action. And most importantly – a priceless experience of successful leadership of the state, including in the difficult economic environment and a difficult international situation,” – said Khamitov.

The Sakhalin region Governor Oleg Kozhemyako noted that the stability and confidence in the future will allow to develop all regions of Russia to ensure the improvement of the quality of people’s lives. So Putin is “like no other, justify the hope of Russians for stability on the further successful development of the country.”

According to the head of the Altai Republic Alexander Berdnikov, Mr Putin – a President who will save Russia a “great power, which is not afraid of any challenges and external threats” and to ensure the integrity and unanimity of the people.

“Vladimir Vladimirovich is a man who leads peoples, a man who dedicated his entire life to achieve strengthening and development of our country. He cares about ordinary people, he cares about the lives and problems of each person,” said Berdnikov.

The Governor of the Penza region Ivan Belozertsev said that comparable on the personal qualities of Vladimir Putin’s policy in Russia is not.

“In today’s complex international situation and domestic problems of economic development the leader is only a person with extensive experience of effective management and unconditional trust of citizens. Comparable to Vladimir Putin’s personality in our country today is not” – summed up Belozertsev.