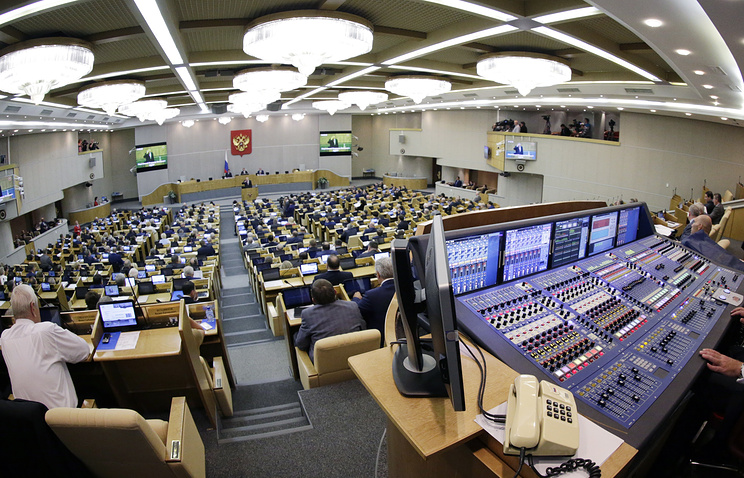 MOSCOW, December 7. /TASS/. The state Duma will call on the international community to abandon the practice of unfounded allegations against Russian athletes and declare the inadmissibility of interference of politics in the Olympic and Paralympic movement. As reported TASS a member of profile Duma Committee on physical culture, sport, tourism and youth Affairs Dmitry Svishchev, such provisions are contained in the draft resolution of the state Duma in connection with the decision of the International Olympic Committee (IOC) on the non-admission of the Russian national team to participate in the Olympic games in 2018.

“The project was discussed by the relevant Committee, the state Duma plans to consider it at a plenary meeting on Friday,” said Svishchev.

“It is, in particular, contain a call to the international community to abandon the practice of unfounded allegations against Russian athletes and the Declaration on the inadmissibility of intervention in the politics of the Olympic and Paralympic movement,” – said the Deputy.

In addition, he said, “in the draft resolution deputies will also declare the inadmissibility of violation of the principles of Olympism”. “The state Duma also intends to reaffirm its determination to take all necessary steps to prepare an effective legal framework for the fight against doping,” said Svishchev. In the document, the parliamentarians will also pay attention to the fact that “in Russia has undergone radical changes in the fight against doping, which has already made many efforts in this direction.” “And most importantly: we do not intend in this fight to stay,” said Svishchev.

5 Dec, IOC decided to suspend the membership of the Russian Olympic Committee, which does not allow the Russian national team to compete at the Olympic games in 2018 in Pyeongchang under the national flag. The IOC has accused Russia of systematic violation of anti-doping rules, in particular at the winter Games 2014 in Sochi. The IOC intends to respect the rights of clean athletes: athletes who will meet the above criteria, will perform at the Olympics in the status of “Olympic athlete from Russia.”

The Russian leadership has repeatedly denied any allegations of systematic doping in Russian sports and called into question the objectivity of the IOC.