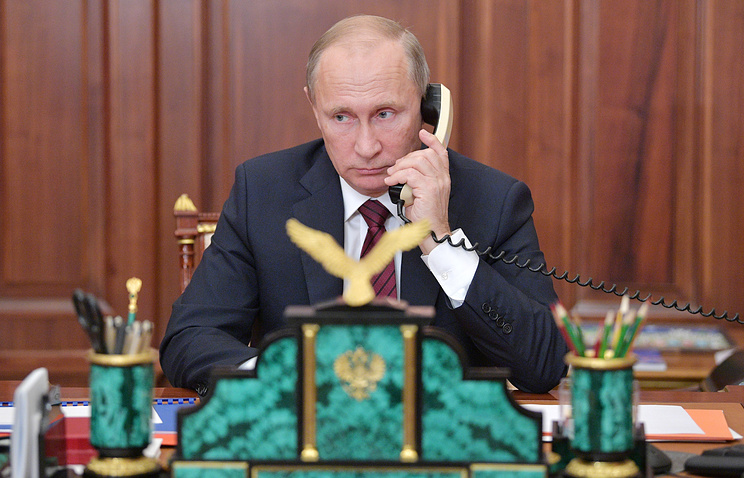 MOSCOW, December 7. /TASS/. The presidents of Russia and Turkey Vladimir Putin and Recep Tayyip Erdogan, expressed in a telephone conversation on Thursday serious concern over the US decision on the recognition of Jerusalem as the capital of Israel. This was reported by the press service of the Kremlin.

“Both sides expressed serious concern over the US decision on the recognition of Jerusalem as the capital of Israel and the announcement of plans to move there from tel Aviv us Embassy. Such steps may undermine the prospects for middle East peace process”, – stated in the message.

During the conversation held on the initiative of the Turkish side, Erdogan informed Putin on the convening of the 13th of December this year in Istanbul an emergency summit of the organization of Islamic cooperation on the situation around Jerusalem.

The two leaders stressed the inadmissibility of further escalation of tension in the region. In their opinion, the international community’s efforts should be aimed at facilitating the resumption of Palestinian-Israeli negotiations in order to find compromise solutions to all issues, including the status of Jerusalem.

“Reaffirmed the commitment of Russia and Turkey to achieve a just and viable solution to the middle East crisis on the basis, primarily, of the relevant resolutions of the Security Council and the UN General Assembly and the right of the Palestinian people to establish their own state”, – noted in press service.

During the conversation there were discussed topical aspects of bilateral cooperation. Special attention is paid to the implementation of strategic projects in the energy sector. The presidents agreed to continue personal contacts.