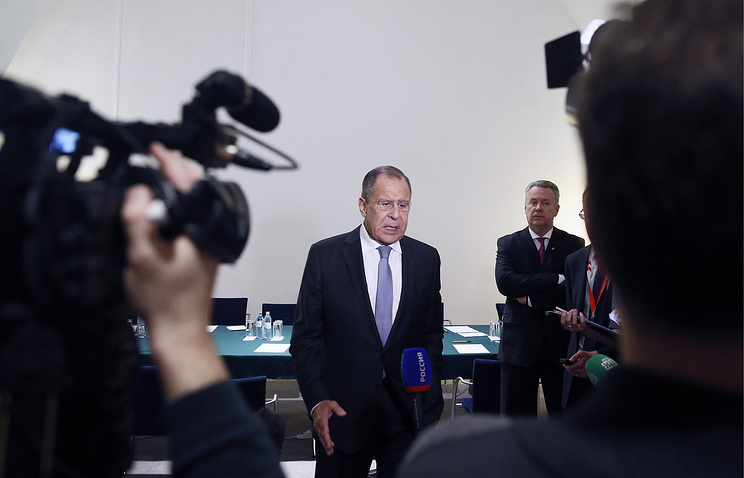 VIENNA, 7 Dec. /TASS/. The foreign Ministry asked US to explain the decision to move the American Embassy in Israel to Jerusalem. This was announced on Thursday by Minister of foreign Affairs of the Russian Federation Sergey Lavrov after meeting with U.S. Secretary of state Rex Tillerson on the sidelines of the meeting of the Council of foreign Ministers of the OSCE.

Also, according to Lavrov, the transfer of the U.S. Embassy from tel Aviv to Jerusalem may put an end to the establishment of a middle East of two States – Israel and Palestine.

“We asked them to explain the meaning of decisions that have been taken on the eventual transfer of the U.S. Embassy in Israel from tel Aviv to Jerusalem, was asked to explain what the consequences of this step, the Americans see of the efforts made under the auspices of the UN, the “Quartet” of international mediators, he said. – We have a lot of questions, we drew attention to concerns expressed, and Arab, in General Muslim countries, the Arab League, Organization of Islamic cooperation in that it can undermine and even put a cross in the negotiations on two-state solution, when the state of Israel and the state of Palestine a full-fledged live side by side each other safe.”

“It was all reflected in the decisions of the General Assembly and the UN Security Council, which can now be tested,” – said Lavrov.

The head of the Russian foreign Ministry said that the sides agreed to continue contacts at the experts to better understand the American approach. “There are still aspects to clarify and to better understand how we work in the “Quartet” of international mediators, Russia, the US, UN and European Union,” he said.