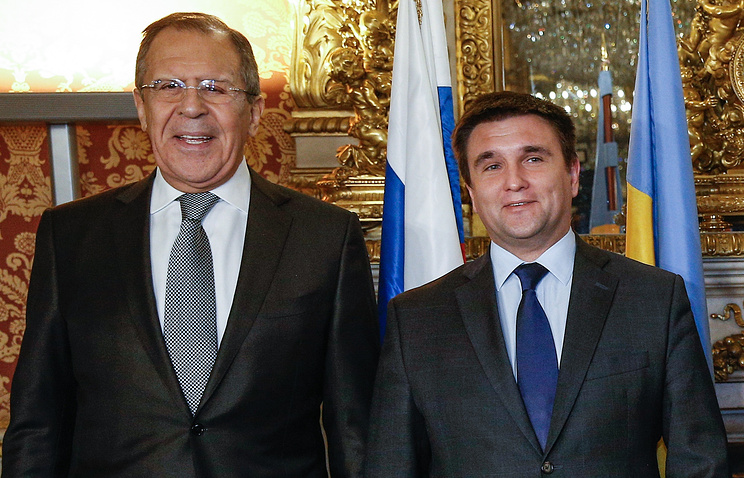 VIENNA, 7 Dec. /TASS/. The foreign Ministers of Russia and Ukraine Sergey Lavrov and Paul Klimkin began a meeting in Vienna on the sidelines of the meeting of the Council of Ministers of foreign Affairs of the OSCE, the correspondent of TASS from the event.

Meeting in the Austrian capital became the first bilateral personal contact, Lavrov and Klimkin, who occupies the post of foreign Minister of Ukraine from June 2014. The Ministers met several times in the “Norman Quartet” (Russia, Germany, France, Ukraine) and conducted a series of telephone conversations.

The meeting was also the second direct contact with the foreign Ministers of the two countries since the escalation of the situation in Ukraine. In March 2014 took place the meeting of Lavrov with the acting foreign Minister of Ukraine Andrii Deshchytsia on the sidelines of the nuclear security Summit in the Hague. Later dedica allowed myself obscene statements in the address of Russia’s leadership, was dismissed.