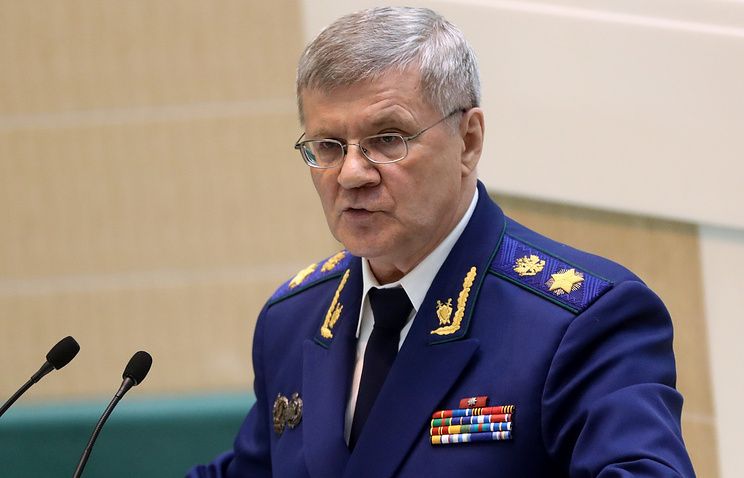 MOSCOW, December 8. /TASS/. Public registry officials dismissed in connection with loss of trust, will appear in Russia since the beginning of 2018. About it in interview to the newspaper “Kommersant” reported the General Prosecutor of Russia Yuri Chaika.

“I note that early next year will come into force legislative Novella – public registry of individuals dismissed due to loss of confidence. The fear of being black listed will further motivate officials to uphold the laws,” he said.

Chaika said that after intervention of prosecutors in connection with loss of trust over the last few years, fired about 1.5 thousand officials who committed corruption offences.

“I should note that the basis for the application of this type of responsibility can only serve as rough of a corruption offense. It is the concealment of information about assets, income and expenditures, failure to resolve conflicts of interest, failure to comply with certain anti-corruption prohibitions. And for such offenses officials at the initiative of prosecutors from year to year quitting more often. If last year in connection with loss of trust laid off about 400 officials, for the first nine months of this year – have 926 people,” – said the Prosecutor.

Chaika noted that this year, for the consideration of the General Prosecutor’s office made the head of the Federal Agency of communications, dismissed in connection with loss of trust of the General Director of FSUE “Russian broadcasting network and alert”, which had concealed information that he owned properties in the United States and accounts abroad.

According to him, the Prosecutor General’s office interacts with the Federal tax service, Rosreestr, the Federal service for financial monitoring and other agencies, which “allows you to quickly identify corruption offences and to establish the true circumstances of the case”.