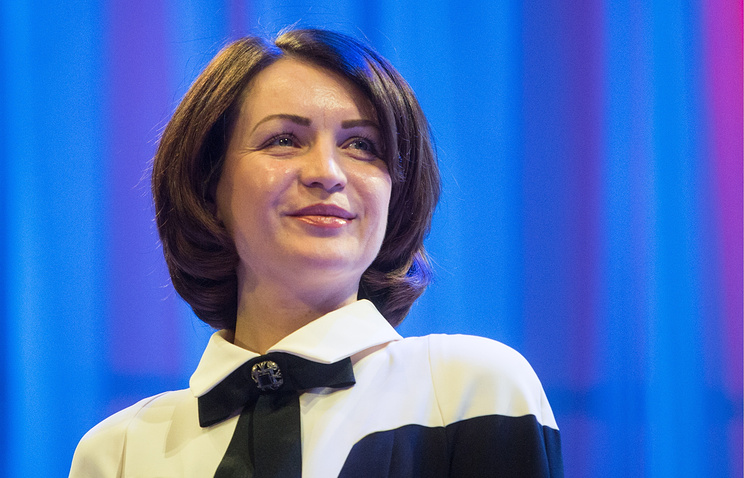 OMSK, December 8. /Offset. TASS Alexey Petrov/. Former Minister of economy of Omsk region Oksana Fadina has entered a post of the mayor of Omsk. At the visiting meeting of city Council held in the Concert hall, the mayor took the oath and promised to justify the confidence of the city.

Elections in 2017 are the first, when the head of Omsk were elected members of the city Council, not the residents of the city. To determine the mayor should have been in the spring, however, the elections were declared invalid.

“In your face Omsk has acquired a proactive energetic leader who can think big and strategically. Hawks looking forward to the city was clean, well maintained, modern and comfortable. People expect real improvement of quality of life. I hope together we will revive the former glory of our wonderful city,” – said at the ceremony of swearing in of the acting Governor of the Omsk region Alexander Burkov.

Elections of the mayor of Omsk

Elections in 2017 are the first, when the head of Omsk choose members of the city Council, not the residents of the city. Spring in the list of applicants was 23 candidates, but the Commission refused to register the six applicants because of the lack of necessary documents. Deputy Chairman of the government of the Omsk region Stanislav Grebenshchikov, who was considered a top contender for mayor of Omsk, appeared on April 13 with the election for health reasons, and on April 17 it became known that SK Russian Federation brought concerning the official criminal case on suspicion in abuse of power.

Of the remaining 16 people Committee chose two candidates who were supposed to be presented to the deputies of the city Council for final selection of Governor. However, on April 17 and 18, both the applicant – the Minister of labor and social development of the Omsk region Vladimir Kupriyanov and entrepreneur and social activist Andrew Urosevic – refused to participate in the elections.

On participation in the repeated elections in the autumn of this year applications were submitted by 55 candidates were registered of which 37 people, the rest were refused due to the lack of necessary documents. Later, one of the main contenders for mayor – the acting mayor Sergey Frolov – has received an offer to go to work in the government of Omsk region and withdrew his candidacy.

Competition Commission after interviews by vote was chosen from the remaining candidates, the two candidates finalists: the head of Kalachinsk district of the region of Friedrich Metzler and Minister of economy of Omsk region Oksana Fadina, which was chosen by 31 mayor Deputy of the city Council (9 members of the party “the Communist party” left the meeting in protest against the holding of open voting).